Psych report not allowed as evidence 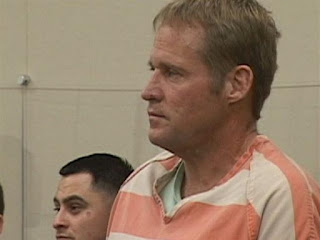 I had to get about 10 psychological evaluations for the family court, and my ex-wife got copies of all of them for use in court. She even requested most of them. That is why there were so many -- she kept hoping that one of them would say something bad about me.

Much to my surprise, a criminal defendant cannot always get copies of reports about his chief accuser, according to Marsy's Law in California.

The Santa Cruz Sentinel reports about a Carmel physician who is being retried on a rape charge:

Speaking after a court hearing Wednesday, Rosen said he obtained a police report about an incident involving Doe on July 29, 2009, two days after Bergstrom was convicted.

According to Rosen, police were summoned after Doe was reportedly "ranting" and walking barefoot on broken glass.

He said officers tried to reason with her and suggested psychological intervention.

Although Rosen said he has the officers' report, Judge Julie Culver on Wednesday cited privacy and relevancy concerns and ruled he will not be allowed access to Natividad Medical Center records about Doe's psychological evaluation
following the incident, nor to records from the paramedics who brought her there.

Rosen said he will submit a new motion asking for a copy of a "Tasercam" video police made that night "for their own protection."

Some police agencies use built-in cameras when they deploy electric stun guns, although in this case, Rosen said, the Carmel officers only used the camera.

"We absolutely plan to introduce this as evidence," Rosen said.

Though she denied Rosen's request for the Natividad records, Culver did allow Rosen to have three pages of medical reports from Community Hospital of the Monterey Peninsula about Doe's gastric bypass surgery in 2005, saying later nutritional deficiencies may have relevance to Doe's possible "predisposition to injury."

Prosecutor Christina Johnson had argued that all of Doe's private medical records should be off-limits, citing among other laws a victim's bills of rights included in the voter-approved Marsy's Law passed in 2008.

I never heard of this, and do not anything about the physician, but I doubt that he is getting a fair trial. If the accuser had gastric bypass surgery, then she is probably morbidly obese, and is an unlikely rape victim. It appears that there is also evidence that she is crazy. If the case is a he-said-she-said case, who would you believe? The jury will probably not even be told that crucial evidence about her mental stability is being withheld. Think about that the next time that you are on a jury.

Here is why the conviction was overturned:

Superior Court Judge Russell Scott presided over the July 2009 trial in which Bergstrom, 55, was convicted of forcibly sodomizing an acquaintance in his Carmel home after a night of drinking. Two other women testified they had been similarly assaulted by Bergstrom on other occasions. Both of those women testified they believe they may have been drugged.

A three-judge panel from the 6th District Court of Appeal narrowly overturned that conviction Oct. 24. In a 2-1 vote, the justices said Scott erred by giving jurors a modified instruction defining the legal meaning of consent.

The instruction is normally given in a case where the defendant is charged with raping a person too intoxicated to give consent. Bergstrom was charged with forcible sodomy, which carries a narrower finding — that force was used to achieve a sex act where consent was expressly not given.

In his majority opinion, Justice Nathan Mihara said Scott's modified instruction may have left jurors with the impression they could convict Bergstrom if they believed Jane Doe 1 was too drunk to give consent.

In 2009, the jury forewoman told The Herald that was precisely how the panel reached its verdict. According to testimony, Jane Doe 1's blood-alcohol level was estimated to be a potentially fatal 0.31 at the time of the assault.

"The letter of the law that (Scott) gave us was that you had to know and understand what you were consenting to and, to a reasonable degree, understand the consequences," said Jean-Marie Piini. "We felt like, with her level of alcohol, there was no way she could have understood."

The third justice on the appellate panel, Patricia Bamattre-Manoukian, said the entirety of the evidence, arguments and instructions in the case showed beyond a reasonable doubt the jury would have reached the same verdict regardless of any error in the contested instruction.

I had Bamattre-Manoukian for my child custody appeal. She is famous for always voting to uphold conviction:

It is not just that Bamattre-Manoukian votes so often for convictions. Repeatedly, her opinions arouse controversy for the way she arrives at her conclusions. ...

Dissents are rare on that court -- in the 16 years she has been a member, only 59 criminal cases involved a dissent. But though Bamattre-Manoukian was a panelist on roughly half the criminal cases decided in that period, she participated in 49 of the dissent cases -- 83 percent of the total.

That is true even though the analysis established that since she joined the court, Bamattre-Manoukian has never dissented from affirming a conviction. But Bamattre-Manoukian has dissented in almost one of every five cases in which panel members voted to reverse the conviction. She wrote dissents in 10 of the 55 reversal opinions in which she participated. No other 6th District justice has dissented from a reversal more than once; most never did so.

In the 2005 case of Dave Bautista, Bamattre-Manoukian offered a dissent that seemed to ignore the facts before her.

She is a disgrace to the court. An appeal is a complete waste of time with her.

Her husband is also a judge. He was born in Lebanon. I don't know where she was born, but the San Jose Mercury News has had stories on what a bad judge she is. Their son was killed in Afghanistan. Maybe she is bitter about that.

It was prejudicial that "women testified they believe they may have been drugged." May have been? They should not have testified unless he was charged with some crime against them. In the case of the accuser, a 7 hour examination was conducted by a specially trained Sexual Assault Examiner. They probably tested for every drug known to man. If there was a positive test for some sort of drug test, I am sure that they would have nailed him. If not, why was the judge allowing testimony from unrelated parties saying that they may have been drugged?

I do not think that men get fair trials for sex crimes in California.
Posted by George at 8:00 AM

I doubt that the reason that your ex. had you have 10 psych. evaluations to find something bad about you. I think that she was motivated to have you pay 10 shrinks. If they were vague and didn't really say much, then you'd need another report and pay more over and over again.