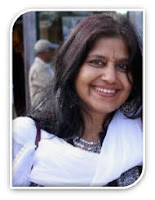 Scholars shared stories about the empowerment of women within religious contexts Friday at a conference hosted by the Monterey Institute of International Studies.

The three-day conference, "Religion and Gender: Identity, Conflict, and Power," ends Saturday. It is sponsored by the Institute's recently founded Center for Conflict Studies. ...

Abhilasha Sharma, an Institute graduate student, told attendees about the Bel Biwaha tradition of the Newar women in Nepal. Newar women get married three times. As pre-pubescent girls, they marry a piece of wood apple fruit — bel means "fruit" and biwaha means "marriage." At 12, they marry the sun. The last marriage is to a man.

The marriage to the piece of fruit, which is a representation of god, empowers the women for the rest of their lives. The marriage ensures that they are never considered a widow, even when their human husband dies. This is important in Nepal, where society stigmatizes widows. It also means that women can remarry and divorce and they are not married off as young girls, rights not shared by many Nepali women.

"I never thought such a simple tradition can be so meaningful," said Sharma.

I don't know which is weirder -- these Buddhist tribes on the other side of the world, or the feminist scholars here who study such nonsense.
Posted by George at 8:00 AM

I dunno, this doesn't sound any weirder than a religion that is symbolized by one of the most heinous forms of torture ever created and has some bizarre cannabalistic ritual performed on it's god every Sunday.

Then the shamans for this religion are either celibates who prey on little boys or create large arenas for mass entertainment, preaching against greed and decadence, all the while amassing fortunes tax-free and drinking and doing a lot of drugs.