Ken Perlmmutter is worse than I thought 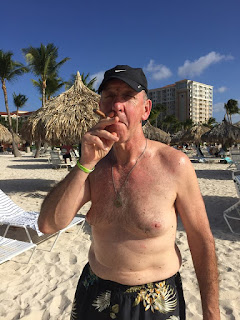 Some angry dads and moms have contacted me about Psychologist Ken Perlmutter, as they found my complaint against him. Apparently he has done a lot of bad child custody evaluations.

I do not want to dox him, or attack him personally, but he needs to be held accountable for his official actions. He works as a public official for the county family courts of counties surrounding San Jose California, and makes $400 per hour. He continues to do harm in his official capacity, and his court victims need to know the truth about why he does what he does.

I have known for a long time that he had a son who died, but I did not post it because it did not seem relevant to me. But now I am told that it is key to understanding his work.

Perlmutter divorced his first therapist wife, and later married a younger woman and had a son Joey with her. Joey died at age four of a treatable illness, but was not getting medical care. Neither parent was charged with neglect, but some people hold him responsible.

I am not blaming him for that. He is innocent until proven guilty, as I always say.

The problem is that Perlmutter never got over this death. He never had another child, and he is wracked with guilt over what he could have done.

He is a bitter and broken man.

$800k a year of court money buys him and his wife a rich lifestyle and fancy vacations, but it is not enough. They have no child, and they lost their precious boy. He needs to make other parents suffer the loss of a child, as he has suffered.

Whenever possible, his evaluations do not recommend joint child custody. He likes to see one parent lose all custody, and he will do whatever he can to make that happen. Somehow inflicting pain on others makes his own pathetic life more bearable.

He will manipulate the facts to force good parents to endure the loss of a child.

Perlmutter is personally more psychologically disordered than the great majority of the parents he evaluates. He is more disordered that the typical mental asylum inmate.

If all of this is even half true, then Perlmutter is a sadistic monster. He is a modern Dr. Hannibal Lecter. I estimate that he has messed up the lives of 1000 kids. He should be locked up.

Update: I found this reply to a omplaint on another blog:

I would invite any person who has any questions about my practice or ethics to phone me and personally discuss them with me.
My phone number is 650.322.5011.
Thank you.
Ken Perlmutter

My gripe is not so much with him personally, but with a system that grants screwballs like him enormous power over people's lives. See also this Change petition, from someone Perlmutter evaluated.
Posted by George at 8:00 AM 30 comments:

Robert Franklin is a good advocate for fathers and for shared parenting, but his article on Arizona CPS falls for the idea that the bureaucrats need more money. (I am used to the term CPS = Child Protective Services, but apparently Arizona has changed its name to DCS in order to expand its influence.) He cites:


The hotline receives about 125,000 calls a year and currently generates about 52,000 reports that all require investigation under state law.

So most of the calls are so bogus that no follow-up is needed at all?

CPS likes to justify their investigations by saying that they are required by law, but apparently it is allowed to disregard the majority of reports.

I do not doubt that most of the calls are transparently bogus and need no investigation, I just want to point out that CPS certainly does not investigate everything.

Franklin is concerned about a proposed Arizona law:

Here’s the operative language from HB 2522:

E. EXCEPT FOR CRIMINAL CONDUCT ALLEGATIONS, THE DEPARTMENT IS NOT REQUIRED TO PREPARE A DCS REPORT IF ALL OF THE FOLLOWING APPLY:

1. THE SUSPECTED CONDUCT OCCURRED MORE THAN THREE YEARS BEFORE THE COMMUNICATION TO THE HOTLINE.

2. THERE IS NO INFORMATION OR INDICATION THAT A CHILD IS CURRENTLY BEING ABUSED OR NEGLECTED.


Really? This is going to save money?

Yes, I think that it ought to be obvious that if a complaint is non-criminal, over 3 years old, and not affecting any child today, then it should be ignored.

I would think, altho I have never tried, that if I went to my local police station and said: "I have a complaint about someone who was bugging me 5 years ago. He did not do anything criminal, and he is not bugging me now, but could you please investigate?" Then I would expect the police to politely ask me to move on.

And yet CPS wastes time investigating crap like this?

Not only that, but Arizona CPS/DCS is lobbying for a change in the law so that it can save money by canceling all those investigations!

Arizona, like so many other states, tries to do child protection on the cheap. Year after year, it indulges in the happy fantasy that too few caseworkers can do too much and do it effectively. They can’t. Poorly paid employees who often are asked to handle twice the caseloads called for by industry standards tend to do a poor job of protecting children. ...

So HB 2522 looks like an effort to keep funding levels the same by simply restricting what DCS needs to investigate. Yes, the state receives too many unnecessary calls. But as sure as the sunrise, HB 2522 will, if it becomes law, result in greater risk to children who need the very protection DCS exists to provide.

This is crazy. I don't know about Arizona, but California CPS is extremely well-funded, and case workers earn about $100k a year. They have way too many caseworkers for the need.

More money will not help them do a better job. They have too much money, and they find destructive ways to spend it.

Franklin is not a fan of CPS:


I’ve said before that more money isn’t the final answer to what ails children’s welfare agencies. The final answer is a change to the way they carry out their legislative mandates. A greater emphasis on providing needed services to biological parents so they can care better for their children is the best way states can protect children. That includes a de-emphasis on foster care and a change in agency cultures that too often include taking too many children from too many parents.

I am glad that people like him are sticking up for parental rights, but I do not see any realistic hope for reforming CPS. It is foolish to think that CPS might get more money, hire better people, and do a better job.

CPS cannot be reformed. It is evil. The whole concept of govt bureaucrats taking anonymous non-criminal complaints and micro-managing parenting behavior is contrary to a free society.
Posted by George at 8:00 AM No comments:

O'Reilly and Thomas in the news

The lengthy decision affirms the holding of a Nassau County Supreme Court justice last year that the children, now aged 13 and 17, should live full-time with their mother (the former couple had been splitting residential custody). ...

The preference of McPhilmy and O’Reilly’s 17-year-old daughter is not particularly difficult to guess: As we noted last year, she told a court-appointed forensic examiner that she witnessed O’Reilly drag her mother down a staircase by the neck.

A lot of people hate O'Reilly for his abrasive style, so they will be celebrating this.

I did not follow this. Apparently she left him 5 years ago to marry a cop.

It would be amusing if he took the red pill.

Justice Thomas’s questions came in a minor case on domestic violence convictions and gun rights. He made a series of inquiries about whether misdemeanor convictions can permanently suspend a constitutional right.

With Justice Scalia dead (and having died under mysterious circumstances), Thomas is the only one left who clearly understands that a man should not lose his constitutional rights just because he is accused of misdemeanor domestic violence.
Posted by George at 10:30 AM 1 comment: