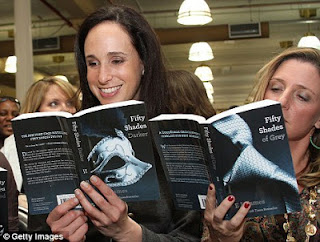 The wife, a 41-year-old banker who earns more than £400,000 a year, bought the bestseller almost as soon as it was published last year, and decided to use it to pep up the couple's staid sex life.

But when her husband failed to respond to the novel's themes, which include bondage and S&M, she petitioned for divorce.

In the case, filed in the High Court this year, the wife refers to the book in her grounds for divorce, which blames the breakdown of the marriage on the husband's lack of sexual adventure.

The wife's solicitor, Amanda McAlister, one of Britain's leading matrimonial lawyers, says she believes the case is the first where the book has triggered a divorce.

The wife is arguing that her husband's 'boring attitude' to sex is evidence of 'unreasonable behaviour', one of the five grounds for divorce under English law. ...

The woman's husband is admitting 'unreasonable behaviour' so the divorce can be granted quickly without a contested hearing in which his low libido would be discussed in court.

I did not know that you had to have grounds for a divorce in England. 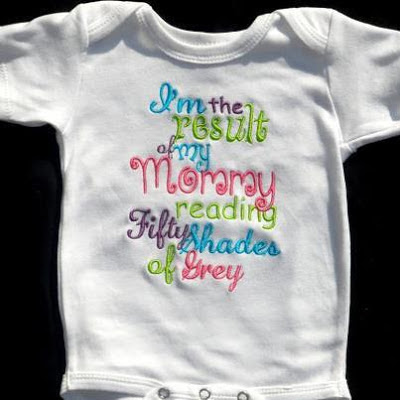 Judge: Why do you want to divorce your husband?

Wife: Because he won't tie me up and beat me...

Many damaged women (and if she rose to the top of the banking cartel she is damaged) can only get off from very humiliating and debasing sex. I think they know deep down they are trash and want to be treated as such.

As Joe pointed out, aside from the craziness of the divorcing grounds, she should be thankful she had a guy that WOULDN'T BEAT HER! I hope he got the money!