Essay on why fathers matter 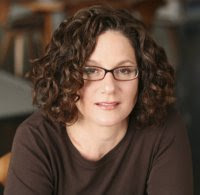 I visited the Mount Sinai Medical Center laboratory of Dr. Eric Nestler, a psychiatrist who did a discomfiting study on male mice and what he calls “social defeat.” His researchers put small normal field mice in cages with big, nasty retired breeders, and let the big mice attack the smaller mice for about five minutes a day. If a mean mouse and a little mouse were pried apart by means of a screen, the torturer would claw at the screen, trying to get at his victim. All this subjected the field mouse to “a horrendous level of stress,” Dr. Nestler told me. This process was repeated for 10 days, with a different tormentor placed in each cage every day. By the time the torture stopped, about two-thirds of the field mice exhibited permanent and quantifiable symptoms of the mouse equivalents of depression, anxiety and post-traumatic stress disorder. The researchers then bred these unhappy mice with normal females. When their pups grew up, they tended to overreact to social stress, becoming so anxious and depressed that they wouldn’t even drink sugar water. They avoided other mice as much as they could.

Dr. Nestler is not sure exactly how the mouse fathers’ trauma communicates itself to their offspring. It may be via sperm, or it may be through some more complicated dance of nature and nurture that involves sperm but also other factors. When instead of letting the “defeated” mice mate, Dr. Nestler’s researchers killed them, harvested their sperm and impregnated the female mice through artificial means, the offspring were largely normal.

Weird experiment. So the tortured male mice still have good sperm, but if the females sense that they are losers, then the offspring will be all screwed up somehow.

So dads matter because bad things happening to dads can affect their kids. The essay gives some other evidence, but for such things, the much more common harms come from the mom. For example, if the mom smokes and drinks during the pregnancy, there is a much more direct harm caused.
Posted by George at 8:00 AM

Jewish feminist publishing in the NYT.

Talk about a stupid magnet.

Valuable information and excellent design you got here! I would like to thank you for sharing your thoughts and time into the stuff you post!! best writing services