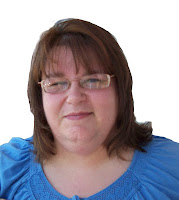 Ever wonder what happens when a woman starts to lose her grip on reality? Lorie Mink writes in a newspaper story:

Nothing spectacular happened while washing the dishes, but when I went to take the drain plug out, it wouldn’t budge. It was stuck in there. In a flash, I had what I can only now call a hallucination. I could see me reaching into the dirty, cloudy water where dish detergent soap scum rode the waves made by my plunging hand. The only lights in the house were the florescent light above and the flickering of the television in the other room, which made the water seem more sinister. Finally tugging the plug out, I could feel something pulling against my hand. For a sick instant, I thought something in the drain had grabbed me. And when my hand came free from the force, I imagined only pulling back a nub where my hand had been. Relief flooded me when my hand, still perfectly attached to my body, came out of the murk with nothing more than soap bubbles marking the surface. ...

About three weeks later, I had another Stephen King moment.

She is lucky that she has a husband. A lot of women are prone to getting these crazy ideas in their heads, and they need a man to settle them down.
Posted by George at 8:00 AM

There's a lot of men getting crazy ideas in their heads that are lucky to have a wife to settle them down.

Men don't suffer from these types of problems too ? What's you point ?

I wonder if she has kids ? If CPS reads this, she could have some problems. She mentions nothing about seeing a shrink about her problem.