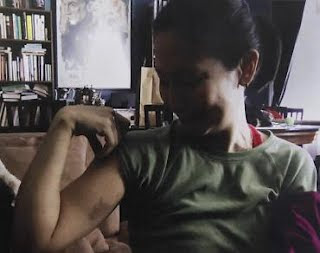 I mentioned a NY Times op-ed on child custody over a week ago, and some critical letters. Now, 9 days later, the column is still the most emailed story on the NY Times site.

The column is stupid, but so is our current policy. Apparently it hit a nerve, and is being privately debate. Good, we need more discussion of child custody policies.

Also, here is the photo that did in the San Fran CA sheriff. It was released a few months ago, but I missed. His career is still in doubt.
Posted by George at 8:00 AM