Signs Your Child Is a Psychopath 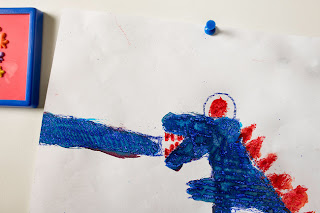 The Sunday NY Times had a long article on diagnosing a misbehaving 9-year-old kid as a psychopath:

Over the last six years, Michael’s parents have taken him to eight different therapists and received a proliferating number of diagnoses. “We’ve had so many people tell us so many different things,” Anne said. “Oh, it’s A.D.D. — oh, it’s not. It’s depression — or it’s not. You could open the DSM and point to a random thing, and chances are he has elements of it. He’s got characteristics of O.C.D. He’s got characteristics of sensory-integration disorder. Nobody knows what the predominant feature is, in terms of treating him. Which is the frustrating part.”

Then last spring, the psychologist treating Michael referred his parents to Dan Waschbusch, a researcher at Florida International University. Following a battery of evaluations, Anne and Miguel were presented with another possible diagnosis: their son Michael might be a psychopath.

The evidence looks pretty lame to me. That dragon drawing looks normal. A psychiatrist ridicules the story.

This all sounds like idle speculation, but it will not be long before CPS, shrink, and other supposed experts are drugging or imprisoning kids because of an analysis of a dragon drawing.
Posted by George at 8:00 AM

I think some people need a reminder that no matter your mental state, you are not a criminal until you've committed a crime.