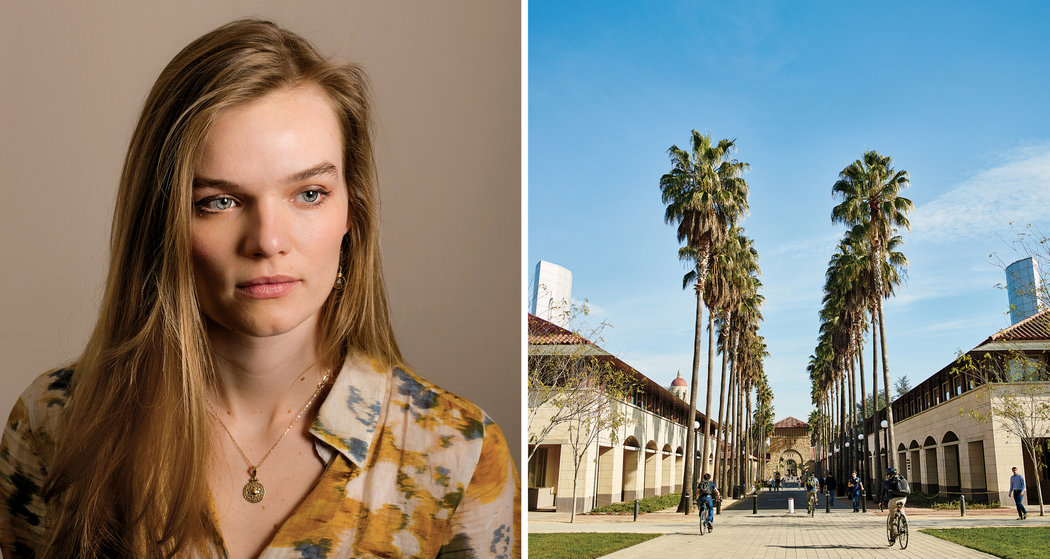 
After sightseeing in Rome, Lonsdale and Clougherty were together in the hotel room they were sharing when she started dressing for evening Mass. Lonsdale came up behind her and kissed her, touching her neck and hair and telling her she was beautiful. She had told him she was a virgin. Both agree they had sex. But what actually went on between them that night, and throughout their yearlong relationship, would become highly contested. After the relationship ended, Clougherty accused Lonsdale of sexual assault. ...

In the course of the therapy, Clougherty came to reject the term “relationship,” or even “abusive relationship,” to characterize her year with Lonsdale. She now calls it a “psychological kidnapping,” a term she came up with after watching a video about domestic abuse on the Internet, and she says she was raped every time she and Lonsdale had sex. ...

Meanwhile on campuses throughout the country, a movement was taking shape. A growing number of students were coming forward to criticize their universities for the handling of sexual-assault cases. ...

The government also instructed schools to adopt a new standard for determining the outcome of a sexual-harassment or violence case. At the time, many schools used the standard of “clear and convincing” evidence, meaning that the adjudicators (usually a panel of administrators or faculty) believed that it was substantially more likely than not, or roughly 75 percent likely, that the accused had committed the offense. The letter from the civil rights office demanded that schools switch to a lower standard of proof, a “preponderance” of evidence, meaning that it was more likely than not — above 50.01 percent — that the offense was committed. The office noted that preponderance is the standard that courts use to decide civil suits for sexual harassment. A few schools, including Princeton and Harvard, initially refused the new standard and then found themselves under investigation for suspected Title IX violations.

So because the 21yo woman was 50.01% believable and the Obama administration was putting pressure, Stanford banned the 29yo man from the campus.

Princeton and Harvard was not just investigated; the Obama administration found them both guilty of not acting swiftly and harshly enuf, and imposed embarrassing and punitive sanctions. The Obama policies are anti-male and contrary to basic ideas of due process. 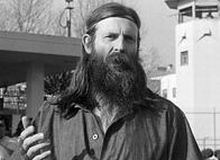 I remember the only other time I heard of a man being declared persona non grata on the Stanford campus, because it really rattled some of the faculty where I was studying. Here is the Wikipedia story for Theodore Streleski:


Theodore Landon "Ted" Streleski (born 1936) is an American former graduate student in mathematics at Stanford University who murdered his former faculty advisor, Professor Karel de Leeuw, with a small sledge hammer on August 18, 1978. Shortly after the murder, Streleski turned himself in to the authorities, claiming he felt the murder was justifiable homicide because de Leeuw had withheld departmental awards from him, demeaned Streleski in front of his peers, and refused his requests for financial support. Streleski was in his 19th year pursuing his doctorate in the mathematics department, alternating with low-paying jobs to support himself.

During his trial Streleski told the court he felt the murder was "logically and morally correct" and "a political statement" about the department's treatment of its graduate students, and he forced his court-appointed lawyer to enter a plea of "not guilty" rather than "not guilty by reason of insanity" as the lawyer had urged. Streleski was convicted of second degree murder and he served seven years in prison for his actions.

Streleski was eligible for parole on three occasions, but turned it down as the conditions of his parole required him to not set foot on the Stanford campus. Upon his release in 1985, he said, "I have no intention of killing again. On the other hand, I cannot predict the future."

There is more info on Murderpedia. The LA TImes reported:

In a rambling and sometimes confusing discourse Sunday, Streleski repeated that he felt no remorse because remorse would undo the statement he was trying to make by killing DeLeeuw.

"I have murdered a professor at Stanford," he said. "I have submitted it to a judge and a jury. I say Stanford treats students criminally.

That is what it used to take to get banned from the campus. Now it just takes an ex-girlfriend to realize that she blew a chance to marry a high-status man, and to watch a YouTube video about domestic abuse.

When colleges are not banning people from campus, they are otherwise trying to shelter their precious little snowflakes from upsetting ideas. Here is what one Ivy League college did when activists could not censor a debate on "rape culture":

The safe space, Ms. Byron explained, was intended to give people who might find comments “troubling” or “triggering,” a place to recuperate. The room was equipped with cookies, coloring books, bubbles, Play-Doh, calming music, pillows, blankets and a video of frolicking puppies, as well as students and staff members trained to deal with trauma. Emma Hall, a junior, rape survivor and “sexual assault peer educator” who helped set up the room and worked in it during the debate, estimates that a couple of dozen people used it. At one point she went to the lecture hall — it was packed — but after a while, she had to return to the safe space. “I was feeling bombarded by a lot of viewpoints that really go against my dearly and closely held beliefs,” Ms. Hall said. ...

But why are students so eager to self-infantilize? Their parents should probably share the blame. Eric Posner, a professor at the University of Chicago Law School, wrote on Slate last month that although universities cosset students more than they used to, that’s what they have to do, because today’s undergraduates are more puerile than their predecessors. “Perhaps overprogrammed children engineered to the specifications of college admissions offices no longer experience the risks and challenges that breed maturity,” he wrote. But “if college students are children, then they should be protected like children.”

Another reason students resort to the quasi-medicalized terminology of trauma is that it forces administrators to respond. Universities are in a double bind. They’re required by two civil-rights statutes, Title VII and Title IX, to ensure that their campuses don’t create a “hostile environment” for women and other groups subject to harassment.

A couple of Oklahoma students were kicked out of college for a 9-second video of a silly chant in a non-college acitivity, without any hearing to get their side of the story. The college president encourages all students to turn in their fellow students who might have privately expressed some offensive opinions.

The biggest college scandal of the last year was the UVa fraternity gang rape, and now the Wash. Post reports that a 5-month police investigation shows the story entirely false. Apparently it was part of a string of lies that Jackie told to impress some boy who was not returning her affections. And the Ferguson police shooting was 100% justified, even tho the NY Times published 106 stories in the first 3 weeks making outrageous racist claims. The Obama administration still claims that the cops are racist, but the last allegedly-racist email from a Ferguson cop was in 2011. The NY Times is still not telling the straight story about UVa.
Posted by George at 8:00 AM