I mentioned the Ellen Pao lawsuit, and here is a report:

After talking to experts on the issue of gender and bias, the lack of a smoking gun is not surprising. Instead, these cases are tough to prove because they are often filled with small, everyday examples from the workplace. There is the dismissive tone in emails, the bawdy chitchat in breakrooms, the office layout with the power corridor, and seating charts at conferences.

In other words, there is no overt discrimination, and you have micro-analyze trivial behavior to allege them.


“Standing alone, the examples don’t seem that significant,” said Jason Knott, a litigator with Zuckerman Spaeder in Washington who focuses on business and employment disputes. “But when you stand back, it can look discriminatory.”

I thought testimony about the review process produced some of the most interesting detail about the small, subtle stuff of gender bias. Pao was told she was too timid and not commanding enough. But she also had her knuckles rapped for being seen by co-workers as shrill, abrasive and not nurturing of others. Male co-workers were praised for traits that did not sound all that different.

It is possible for a woman to be both timid and shrill. And less likely for a man to be.

If men are more likely to be team players, as research has shown, is it discrimination to promote the team players?

One unusual thing about this case is that the jury is allowed to ask questions of Pao and the other witnesses. 9 of the 12 have to agree.

I don't see how they can side with Pao. She was paid $400k a year, and seducing one of the married partners. No other female employees are suing. Just this homewrecker.

On another matter, I have discovered that there are limits to the feminism at Jezebel. A post last year said:


Looking for practical advice about your relationship? You may want to avoid the Wendy Williams Show, because the talk show host just told an audience member it's okay to trick your husband into getting you pregnant if he promised you a second child. "Men have never been in control of our bodies," Williams tells the star-struck fan before telling her that she'd never suggest anyone trick a spouse in this way.

The audience agrees that the woman should trick her husband into another child. 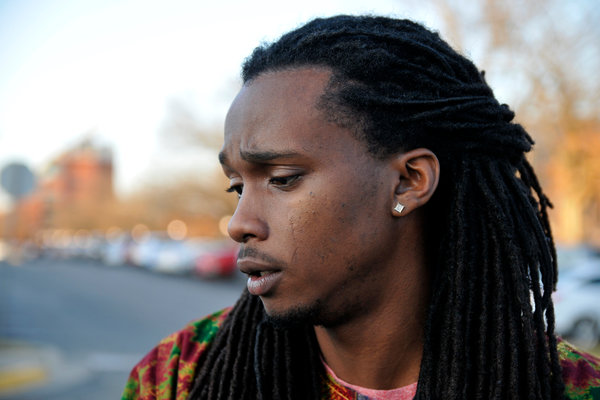 And the war on free speech continues, with the NY Times reporting today:


The University of Maryland in College Park revealed on Thursday night that its officials had learned of email sent last year, apparently connected to a different fraternity, containing racist and sexist slurs, and that the university was investigating.

The university says that it has been investigating this email for 15 months! Apparently we have gotten to the point where a college kid cannot express an opinion in an email. Unless he is black and reciting rap music lyrics, of course.

The article also says the guy in the picture "said he was once turned away from a fraternity party because of his race." If the fraternity was so racist, why did he want to party with a bunch of racists? Maybe because the hot white college girls do not attend the black parties. Just guessing.
Posted by George at 8:00 AM