Criminal due process does sometimes work. The Ferguson cop was found innocent by the grand jury, even tho President Barack Obama and the Democrat Party did everything they could to encourage race riots.

A lot of people were hopeful in 2008 that electing a black President would improve race relations, raise the image of blacks, and address whatever legitimate grievances blacks have. But he has only spoken up on a handful of black issues, most notably the Harvard professor Gates who locked himself out of his house and refused to cooperate with the cop, Trayvon Martin who brutally beat up George Zimmerman and got shot, and Michael Brown who punched a cop, tried to take his gun away, and charged him in an apparent attempt to kill him. In each case, the black guy was 100% in the wrong and deserved what he got. And yet Obama blamed it on white racism in each case, and said that riots were "understandable". He has turned the Democrat Party into the hate-white-people party. Democrats get fewer and fewer white voters in every election.

Football player Ray Rice won his appeal. It was obvious that he was being punished for feminist whining about a video of him punching his girlfriend, and not for any grounds based on his contract. He still has to find a team to take him, tho.
javascript:;


In an interview with Dazed & Confused magazine, he says a woman raped him during his #IAMSORRY performance art installation in L.A. earlier this year.


One woman who came with her boyfriend, who was outside the door when this happened, whipped my legs for ten minutes and then stripped my clothing and proceeded to rape me. ...There were hundreds of people in line when she walked out with disheveled hair and smudged lipstick.

Of course everyone is blaming the victim. Or alleged victim. 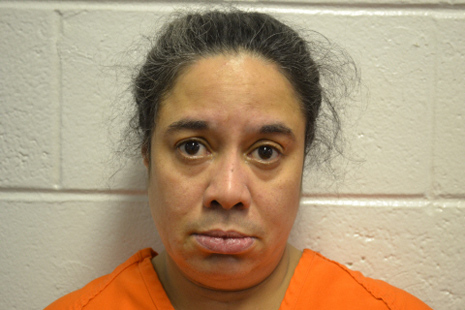 In other crime news:


Incensed that her boyfriend began eating their Thanksgiving dinner while she was asleep following a day of drinking, a Pennsylvania woman grabbed a knife and stabbed the man after chasing him around the dining room table, cops report.

Jack-Lyn Blake, 47, is locked up in the Luzerne County jail on an assortment of criminal charges, including aggravated assault with a deadly weapon, reckless endangerment, and making terroristic threats. ...

Two years ago, Indiana resident Taz Miller, 18, was arrested for stabbing his mother’s live-in boyfriend after discovering that the man had eaten all the leftover Thanksgiving turkey.