Jenny Erikson, a conservative Christian mommy blogger, recently attracted the attention of the manosphere when she posted posted an attack on her pastor for “spoiling the surprise” of her divorce by telling her husband before she could.

When Jenny talked to a friend about leaving her marriage, the news made its way to Jenny’s pastor, who contacted her husband, Leif, to let him know what was coming. Her husband went home, and the following conversation transpired:


“I want to know what My Pastor told you,” I [Jenny] repeated.

He paused. Dried his hands. Took a deep breath. Sighed. “That you were planning on filing for divorce on Friday,” he finally admitted.

So there you go. My Pastor had actually told my husband, based on a fourth-hand rumor, without talking to me first, that I was planning on leaving him. That. Just. Happened.

“I filed for divorce last week,” I told him flatly. “I was planning on telling you this Friday.”

Jenny accuses her pastor of repeating a “rumor” that he heard “fourth-hand” while freely admitting she had already filed for the divorce a week ago. She wants to blame him for something, but was just mad she got caught.


My husband defended him as doing his pastoral duty. I looked him straight in the eyeballs and said, “The fact that you are defending this man’s actions yesterday is one of a thousand reasons I cannot stay married to you.”

Someone should compile of book of these divorce stories, as told by the wife. No one would believe the stories, if from the husbands. I previously posted Elon Musk's wife's story. It would be considered misogyny, if it were not straight from the wives themselves.

Here is another relationship gone bad: 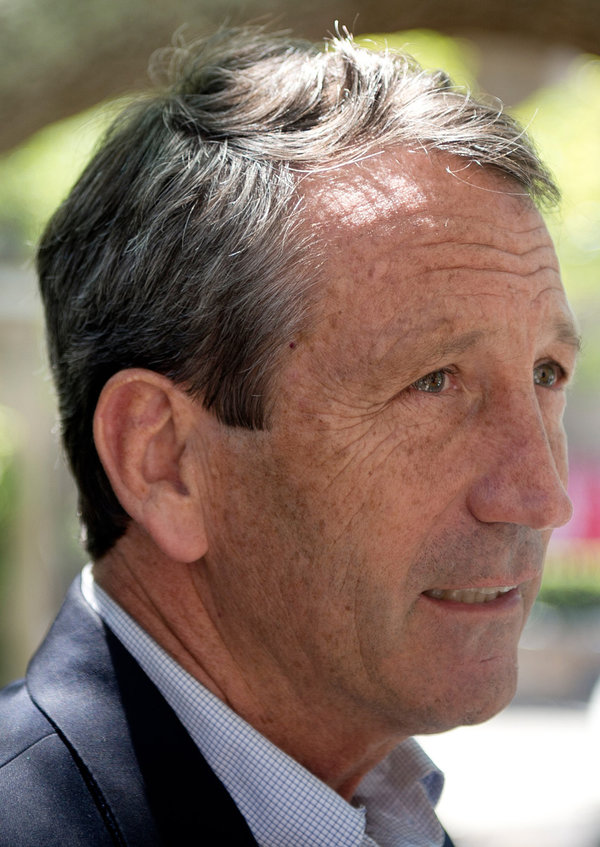 Representative Mark Sanford, whose extramarital affair destroyed his marriage, roiled South Carolina politics and gave new meaning to the phrase “hiking the Appalachian Trail,” turned to Facebook on Friday to announce the breakup of his engagement to the Argentine woman he once called his soul mate.

In a rambling post that ran 2,346 words, Mr. Sanford said that the “agony of divorce” and a custody fight with his former wife, Jenny, had put such a strain on his relationship with his fiancée, María Belén Chapur, whom he called Belén, that they decided to part ways.

“No relationship can stand forever this tension of being forced to pick between the one you love and your own son or daughter, and for this reason Belén and I have decided to call off the engagement,” wrote Mr. Sanford, 54. ...

It all unraveled when he tried to cover up a trip to Argentina with Ms. Chapur, telling aides that he had been unreachable for five days because he was “hiking the Appalachian Trail,” a phrase that has become a euphemism for infidelity. ...

His ex-wife has been less forgiving than voters seem to have been.

Ahead of last year’s special election, Mrs. Sanford filed a lawsuit claiming that he violated the terms of their divorce by trespassing on her property.

The legal proceedings grew more contentious this month, when Mrs. Sanford tried to curb his visitation rights with their 15-year-old son. She also wanted Mr. Sanford to be required to have psychological counseling and take anger management classes. (The Sanfords also have three other sons.)

Before publishing his Facebook post, Mr. Sanford had filed a legal motion for a gag order to prevent Mrs. Sanford from disparaging him publicly.

I might have predicted that the Argentine soul mate would not last. I am surprised it lasted this long.

There is no excuse for the family court dragging this out to a 5-year divorce and child custody fight. Trespassing accusation? Counseling? Classes? There is no need for any of this nonsense. The judge should have just ordered joint custody 5 years ago.
Sanford's Facebook rant says:


In this light I have struggled in how to respond since being contacted little more than a week ago regarding yet another lawsuit by yet a new, and third, lawyer retained by my former wife Jenny. I first learned of it through the media and I didn’t want to respond at all, but given the level of accusation after waiting a day I gave a brief response. ...

Two, I am going to get a lawyer to defend me on this case. I will instruct them not to fight back, to work to de-escalate and defuse and to look for measured justice and an end to controversy. At the time of the divorce I did not get a lawyer because I could not imagine standing in a court room with one in some adversarial form against the mother of our boys. Since then, and almost as clock work over the last four and one half years since the divorce, unfortunately there has been either the threat of lawsuit or actual lawsuit about every six months. In every instance I have either settled, represented myself or gotten two longtime friends to help me in responding. I have always tried to quiet the matter because at so many different levels I wanted to do anything to avoid conflict. ...

Three, let’s recognize the degree to which what’s being done seems designed to embarrass me rather than change anything. As mentioned I never hired a lawyer at the time of the divorce which in practical terms means I just folded all the cards in giving Jenny what she wanted at that time. ...

Jenny’s attorney’s newest summons asks that the visitation schedule be changed to limit my visitation with our youngest son Blake. The question is how do you change what does not exist? There is no visitation schedule. She has full custody. Over the last five years she has determined the visitation schedule and informed me at the beginning of this year that I would not be given one. I pleaded otherwise, pointing out that no boy wants to be put in the place of having to pick between their mother and dad. ...

In their summons I am “restrained” from the following:

“Consuming or being under the influence of illegal drugs or excessive amounts of alcohol in the presence, or while responsible for, the care of the minor child.” ...

"Exposing the minor child overnight to a member of the opposite sex not related by blood who could be reasonably construed as a paramour.” Though Jenny herself has certainly not lived up to this clause it is clearly aimed at me given near everyone knows about Belen and in that regard it seems designed to create intrigue where none exists.

I can relate to some of this. I similarly did not hire a lawyer or go on the counter-attack. I was always playing defense while enduring many years of bogus attacks against me. You would think that the judge would give us some credit for being the reasonable one, but it does not work that way. Sanford has no child custody rights, and still gets motions against him. 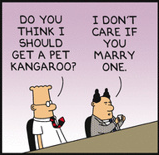 In another marriage gone sour, the Dilbert cartoonist announces that he is separated from his wife, and is re-evaluating the concept of marriage:


I don't think traditional marriage is going away anytime soon. But it probably isn't a coincidence that there are more single and divorced people than ever. Traditional marriage is the biggest obstacle to happiness in the United States. I give it twenty years before society acknowledges it to be a bad fit for modern times.

In the future I think you will see organized groups of "friends" that share duties to make all of their lives easier. One friend might enjoy raising kids and hate working a traditional job, so that friend stays home and does childcare for several single parents in return for a share of the collective income of the group. That is just an example, but you can see how one might engineer a better system than marriage.

If you disagree with anything I've written today, look around the next time you are on vacation. When you see couples vacationing with friends they usually look happy. When you see a married couple having dinner together - just the two of them for the ten-thousandth time - they both look like they came from a funeral.

Marriage is probably a great solution for 20% of the public. The rest of us need better systems.

Of course he is wealthy, has no kids, and married a woman who already had a couple of kids from a previous marriage. So presumably she kept the kids and got a huge financial settlement from him. He is also an original thinker who is willing to map out his life his way.

Is he right? Is marriage outmoded? Marriage is being redefined to suit LGBTs, feminists, lawyers, welfare queens, and others. As that happens, it is not so much meeting the needs of people like Scott Adams. He says that he has an amicable split, but I bet he does not marry a woman with kids again.
Posted by George at 8:00 AM

Marriage will only be outmoded when women say it is, buddy!

The youth pastor, a friend of mine dropped the bomb on me before my wife could. She stopped talking to him, and tried to ruin his reputation before it was public that we were living apart.