How Elon Musk got divorced 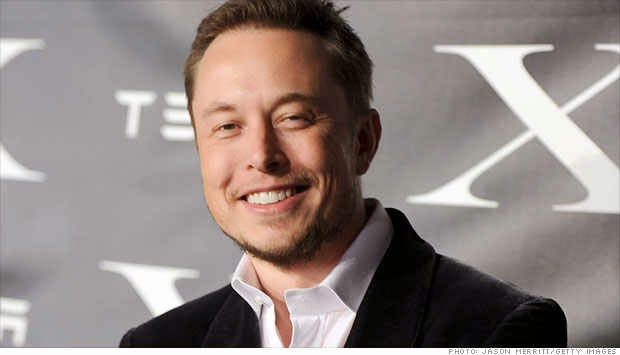 Elon Musk is the gutsiest entrepreneur in the world. After making a small fortune in Zip2, he took on the banking system and made a larger fortune in Paypal. Then he started Tesla Motors and SpaceX, two of the most audacious startups today.

In 2008, both companies were failing and he was working 100 hours per week on them. He had invested his whole fortune in them, and he was broke. Sales of the cars had been stopped because of serious defects, and all three rocket launches had failed. His wife, and mother to their 5 kids, was nagging him to attend counseling because he wasn't feeling fulfilled.

Musk had a choice: try to save his companies, or try to appease his wife. What do you think he did?


It was a dream lifestyle, privileged and surreal. But the whirlwind of glitter couldn't disguise a growing void at the core. Elon was obsessed with his work: When he was home, his mind was elsewhere. I longed for deep and heartfelt conversations, for intimacy and empathy. ...

Elon agreed to enter counseling, but he was running two companies and carrying a planet of stress. One month and three sessions later, he gave me an ultimatum: Either we fix this marriage today or I will divorce you tomorrow, by which I understood he meant, Our status quo works for me, so it should work for you. He filed for divorce the next morning. I felt numb, but strangely relieved. ...

In the months after our separation, I dyed my hair dark and cut it. I also developed a friendship that gradually deepened into romance with a man I'd known casually for years. One night he took me to a reading of Eve Ensler's new play. "This is power-woman central," he said, as we watched Arianna Huffington hold court in the front row.

He made the right call. A man cannot appease the sort of woman who likes Eve Ensler plays and cuts her hair short. Ensler is best known for a play that romanticizes the lesbian rape of an underage girl as some sort of anti-patriarchy statement.

Of course she is still mad that she did not get a bigger share of his fortune.

He probably said this to the marriage counselor:


Look, bitch, the next 6 months are critical for electric cars, solar power, global warming, and space travel. If I fail, as everyone before me has failed, then no one will believe that these things are possible. I am not going to spend that 6 months apologizing to some stupid shrink for my supposed lack of sensitivity to my wife's narcissistic feelings. She is either supporting me, or standing in the way. Her choice. But I am not going to abandon my work to take her to some Eve Ensler plays.

In another era, a wife would be a social outcast if she ran out on a man who is better than 99.99+% of the population.

Musk has since married an actress who seems wonderful.

Musk set out to change the world, and he is succeeding like only s handful of men on Earth. Tesla Motors and SpaceX are both doing extremely well. SpaceX has just carried cargo back from the space station, and is developing a manned reusable rocket. It is crazy to think that a man like that would subordinate his ambitions to the fickle emotional tantrums of a wife, or that she would respect him if he did. He has taken the red pill.

Swallowing the red pill means facing cold hard truths of life. This includes facts and statistics about relationships, evolutionary psychology of human nature and instincts, and economics of preference and sexual market value. What makes this knowledge "red pill" is the belief that the truth is often directly opposite what you will commonly hear from advice-givers.

In the case of Musk, no marriage counselor is going to tell him what he has to do. Advice is for women, and weak men.


Women are, by nature, manipulative, attention-seeking, inconsistent, emotional, and hypergamous.

They say things like this because they are emphasizing male-female differences that men are often fooled about. Above all, the red pill seeks the truth wherever it may lead. Several years ago I would not have believed that a woman and successful writer would trade the world's greatest engineer-entrepreneur for some sensitive Eve Ensler fan. Human nature is not necessarily what we would want it to be.

Here is a guy who just got a dose of reality:

“I don’t believe in loans because I don’t want to pay anybody back,” she explained. “I’ve given him gifts too. You know, how do I get my booty and boobs back?” ...

“I did see it possibly ending this way,” he admitted.

That's funny. I hope it was good while it lasted.
Posted by George at 8:00 AM

So she cared more about her relationship with him and how it suited her than the money, and there's something wrong with what she wanted ?
It's ok if he wanted out because she wasn't interested in what he was seeking in her but not the other way around ?

Oh, she wanted the money, and sued him for as much as she could get in divorce court.

If you are saying that she was within her rights to bail out of the marriage for her own selfish emotional needs, then I have to agree that the law allows her to do that. But yes, there is something wrong with it.

Look, bitch, the next 6 months are critical for electric cars, solar power, global warming, and space travel. If I fail, as everyone before me has failed, then no one will believe that these things are possible. I am not going to spend that 6 months apologizing to some stupid shrink for my supposed lack of sensitivity to my wife's narcissistic feelings. She is either supporting me, or standing in the way. Her choice. But I am not going to abandon my work to take her to some Eve Ensler plays.

If you're saying that the law allowed him to bail out for his selfish needs, just like her, than I agree with you.

He divorced this wonderful actress after 2 years. She received just 2.4 million over 9 years despite Musk being worth over 2 billion at the time.
The guy knows how to get out of marriages very inexpensively, huh ?

I guess you are equating his co-founding Tesla Motors and SpaceX with her wanting to attend feminist plays. The law allows anyone to bail out of a marriage for any reason. So yes, both can be grounds for divorce.

Of course one is advancing civilization while the other is retarding it.

Musk told 60 Minutes that he is still happily married to his second wife. So no, he did not divorce her after 2 years.

I'm not comparing anything to anything else. You're right, he just announced 2 years ago that he was divorcing his second wife. He changed his mind after telling her and the rest of the world. I guess he's a fickle guy.

I don't have the story on whatever happened 2 years ago. I know the first wife's story, because she wrote an article about it.

I thought that it was just the Sunni moslem men who can divorce their wives by saying "I divorce you" 3 times.

What's the deal with you and many commenters being obssessed with Jews ? Musk is not a Jew and if he was he couldn't divorce by saying I divorce you 3 times. George, do you really believe that it might be true, or are you just joking ?

I did not say Musk was Jewish. All I know of his ethnicity is that he is a South African white. See Divorce in Islam for the "I divorce you" story. I didn't even know Eric Cantor was Jewish, until he mentioned it in his concession speech.

So you actually thought it might be possible for a Jew to divorce just by saying I divorce you 3 times ?