How Divorced Parents Lost Their Rights 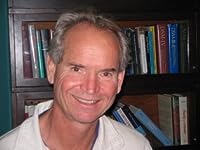 I mentioned psychology professor Robert E. Emery in 2005 and 2008 because he co-authored an article on how child custody evaluations are unscientific voodoo.

Now he has a NY Times op-ed on how family courts should allow parents to make agreements to let special masters settle disputes.

This would be a big bonanza for divorce psychologists like him, but the whole idea of psychologists running the lives of parents is a terrible idea. People would only agree to it if they were convinced that family court is worse (as it might well be).


How Divorced Parents Lost Their Rights

MY wife and I disagree, sometimes vehemently, about how best to raise our four children. She’s a lawyer, and I am sure the thought of suing me has crossed her mind once or twice. But she cannot. American courts consistently refuse to entertain child-rearing disputes between married parents.

In 1936, the New York State Court of Appeals explained the reasoning: “Dispute between parents when it does not involve anything immoral or harmful to the welfare of the child is beyond the reach of the law. The vast majority of matters concerning the upbringing of children must be left to the conscience, patience, and self-restraint of father and mother. No end of difficulties would arise should judges try to tell parents how to bring up their children.”

Married parents cannot sue each other. Divorced parents (or those who never married) can and do. Judges routinely decide where the children of divorced parents will attend school, worship and receive medical care; judges may even decide whether they play soccer or take piano lessons.

Judges do this because the law assumes that divorced parents’ interests in their children, unlike the interests of married parents, are not aligned. This is an outdated idea. The view of exes as opponents dates from an era when divorce and childbearing outside of marriage were rare. It is reflected in the legal language of a bygone time. One parent won custody, care and control of the children. The other became a visitor.


Surprisingly, even when unmarried parents agree on a plan, judges can overrule it. For example, a judge may not like a complex joint custody schedule. If so, she can decide when the separated parents spend time with their children, even though they agreed otherwise.

This makes no sense. We may need judges to decide some divorce disputes. But when it comes to parenting, as much as possible, the law should treat unmarried people more like married people. Instead of telling parents how to bring up their children, we should honor — and encourage — agreements between parents.

To my knowledge, judges nearly always approve parenting plans if the parents stipulate (agree). So this is not an issue.

The problem is that if the parents disagree later, the judge may not enforce that parenting plan.


By honoring parental agreements, our laws would allow parents living apart to make enforceable contracts. Parents could make a deal, for example, that a parenting coordinator could make decisions for them in the future if they fail to agree. Currently, the legal status of such agreements is questionable, because judges, not divorced parents, hold decision-making authority over children. In an extreme move, Pennsylvania recently outlawed this practice, ruling that only judges could make decisions in custody cases.

It does make sense. Here is what I wrote about that Penn. decision:


One of the worst ideas to come out of the family court was to appoint some expert to micro-manage parenting decisions, without recourse to the courts. It sounds appealing to have some neutral objective child psychologist in charge because dumb parents don't know how to raise kids and might be influenced by antagonism towards the other parent. The idea would be a horrible nightmare even if it did work. But it has not worked wherever it has been tried.

National Parents Organization. reports: "Pennsylvania just eliminated the Parenting Coordinator role that it began five years ago. According to The Legal Intelligencer, its demise is related to a couple of high profile cases." ...

I had a $28,000 evaluation from psychologist Ken Perlmutter, and his main recommendation was for the court to appoint a parenting coordinator who would have the authority to make all parenting decisions until the kids turn 18 years old, with no recourse or appeal if he is making bad decisions. This was in spite of the fact that he had evaluated our 4 years of joint custody, and could not find a single bad decision that we had made.

The kind of people who do these evaluations and become parenting coordinators are the worst sort of creeps. You would never want anyone like Perlmutter near your kids. I don't know who ever decided that psychologists were good for this sort of thing. There has never been a study showing that psychologist rear kids any better than anyone else.

In the big majority of cases, the parents are pressured to accepting the evaluation recommendations. If my ex-wife and I did that, our kids lives would be run by some a**hole like Perlmutter.

Kids have two parents. No one has found a better way. It is my understanding that the Santa Clara court and some other California family courts have abolished these parenting coordinators.


Allowing parents to make contracts would help solve another thorny problem: sharing care of very young children. Experts are debating how much time babies should spend with just one parent versus with both parents. Many believe that babies need to form a secure attachment to one parent (most often the mother) and that too much separation will undermine a baby’s sense of security. Others worry that too little contact will weaken the second parent’s attachment, potentially leading him to drop out of his child’s life.

A logical solution is for parents to make a plan that will grow and change along with their child. A baby might stay mostly with one parent, and time with the other parent could increase during the toddler and preschool years. Perhaps the parents would share 50-50 custody when their baby is of school age.

Sadly, this common-sense approach is undermined by laws that do not honor such agreements, and push parents to fight instead. Lawyers wisely tell breast-feeding mothers to fight for full custody. Judges are likely to be sympathetic to a nursing mother. Yet lawyers also wisely tell the fathers of babies to fight for their custody share. The father’s case will be weakened if he waits until his baby is older, because he will have a record of relative uninvolvement.

There is some merit to this argument, and the law used to favor the breast-feeding mom under the Tender Years Doctrine, but now that is considered sexist and disciminatory. His proposal will not solve that problem.


Our legal system has always seen the wisdom of encouraging married parents to work together. Now it needs to recognize that divorced and never-married parents are not so different. After all, partners with children are tied together forever.

This is a strange comment because his main proposal is for divorced parents to get parenting coordinators, and he is not suggesting that for married parents.

California and many other states already treat divorced and never-married parents the same for child custody and support. These laws are anti-marriage when they treat marrieds and unmarrieds the same.


Your emotional impulse in divorce is to hurt back, because you hurt so badly. Our legal system should work against that impulse, not encourage it. That, truly, is in the best interest of the child.

I just posted a study claiming to show that the children do not benefit at all from the parents holding back that impulse. That study may be wrong, but Emery is relying heavily on unproven assumptions.

At least Emery clearly explains part of what is wrong with the family court. Too bad his ideas for reform are so stupid.

Emery frames his argument in terms of consenting adults making a binding contract. I guess I would have to agree, if that is what the parents really want to do. But it appears that I am in a minority. President Barack Obama just released a statement about some black football player who had a fight with his fiancee in an elevator:

The President is the father of two daughters. And like any American, he believes that domestic violence is contemptible and unacceptable in a civilized society. Hitting a woman is not something a real man does, and that's true whether or not an act of violence happens in the public eye, or, far too often, behind closed doors. Stopping domestic violence is something that's bigger than football — and all of us have a responsibility to put a stop to it.

Apparently everyone agrees that Ray Rice should not be allowed to play football. The video looks incriminating, but we don't know what the fight was about and the woman decided to marry him even after he was indicted for the incident. I really don't see why Obama or the NFL should be interjecting themselves into a private incident between a husband and wife with neither of them complaining. In today's politics, domestic violence is everybody's business I guess.

Update: The NY Times published this letter in response:

I am a member of Gov. Deval Patrick’s Massachusetts Working Group on Family Law. After two years of work, we crafted a bill very similar to the points raised by Mr. Emery. The bill, not yet passed, does away with the term “visitor” and replaces it with “parent.” The bill encourages parents to cooperate, share parental responsibilities and come up with a parenting plan.

Married and divorced parents are not different. The “emotional impulse” in divorce “to hurt back” hurts the children only more. There is no greater pain than to be alienated from one’s children after separation and divorce, and most children wish that “parents would stop putting me in the middle.”

Children benefit from having contact with both parents after separation and divorce. Massachusetts and other states should pass shared parenting laws so that children can grow up knowing and loving both parents.

I doubt that his bill is any good, if his main point is changing some terminology. What is needed is a bill that recognizes parents rights, and not just using different terms.
Posted by George at 8:00 AM

Child custody remains in the the courts with lots of discretion, because ultimately its about the money. The court sees indirect benefits of child support. The matching funds and fees collected. Mothers win, because they tend to make less money, so more child support is paid when she has custody.

The creepers who step into these cases in the interest of the children are usually poor poor pathetic people who have very little power in their own lives, and relish in the authority the court has given them over other people's lives. I know the GAL in my case is the kind of guy that makes me hug my kids closer in a shopping mall.

The bill is far from perfect and does more than change just the language. As a dad, most women do not give a hoot about our relationships. Much of the group were lawyers and they of course protect their interest. I am happy to email you a copy of the bill. It is not everything that I wanted too. I wanted equal shared parenting, a rebuttable presumption and more. The other side would not agree and even with all of the compromises the Governor who appointed us refused to file the bill. Who knows. Peter Peterg.hill56@gmail.com