I posted the Creepy Woody Allen story when I saw it in the NY Times, not realizing that it was going to be a huge national story, and a repeat from 20 years ago.

The publicity forced Allen to reply in the Sunday NY Times:

TWENTY-ONE years ago, when I first heard Mia Farrow had accused me of child molestation, I found the idea so ludicrous I didn’t give it a second thought. We were involved in a terribly acrimonious breakup, with great enmity between us and a custody battle slowly gathering energy. The self-serving transparency of her malevolence seemed so obvious I didn’t even hire a lawyer to defend myself. It was my show business attorney who told me she was bringing the accusation to the police and I would need a criminal lawyer.

I naïvely thought the accusation would be dismissed out of hand because of course, I hadn’t molested Dylan and any rational person would see the ploy for what it was. Common sense would prevail. ...

Here I quote Moses Farrow, 14 at the time: “My mother drummed it into me to hate my father for tearing apart the family and sexually molesting my sister.” Moses is now 36 years old and a family therapist by profession. “Of course Woody did not molest my sister,” he said. “She loved him and looked forward to seeing him when he would visit. She never hid from him until our mother succeeded in creating the atmosphere of fear and hate towards him.”

Many things are weird here. Allen and Farrow were never married, and kept separate apartments. They adopted kids together, but they are named Farrow, not Allen. They supposedly had one biological kid together, but now that is in doubt: 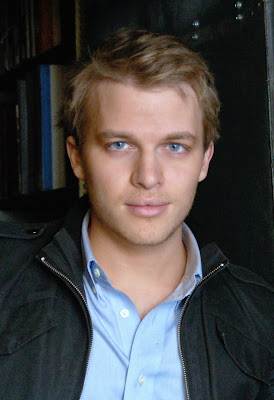 In a 2013 interview with Vanity Fair, Farrow stated that Ronan could "possibly" be the biological child of her first husband Frank Sinatra, with whom she claims to have "never really split up."[141]


I pause here for a quick word on the Ronan situation. Is he my son or, as Mia suggests, Frank Sinatra’s? Granted, he looks a lot like Frank with the blue eyes and facial features, but if so what does this say? That all during the custody hearing Mia lied under oath and falsely represented Ronan as our son? Even if he is not Frank’s, the possibility she raises that he could be, indicates she was secretly intimate with him during our years. Not to mention all the money I paid for child support. Was I supporting Frank’s son? Again, I want to call attention to the integrity and honesty of a person who conducts her life like that.

In my opinion, paternity fraud is a serious crime.

Ronan Farrow is now 26 years old, and that is his picture above. For 26 years, Allen thought that he had a son, and this boy thought that he had a dad. But look at his picture above. I do not see any resemblance to Woody Allen. He looks like Frank Sinatra. No DNA test has been done. Even if Mia Farrow is unsure about paternity, as she now says, she is a monster for her infidelity and deception. How does a woman even keep such a terrible secret for 26 years? Apparently they do, as it happens on the TV show Paternity court all the time.

Let's assume for the sake of argument that there is a 5% chance that Allen did something inappropriate or abusive or criminal. He was not charged with a crime. He was allowed to adopt more kids. He lost his child custody battle, but many good parents lose those battles without ever being guilty of anything.

If you believe in "innocent until proven guilty", then you should just disregard the unproven allegation

As a comment said, if a man can be ruined by such flimsy accusations, then no man is safe and we have a system that encourages false and vindictive allegations.

To me, Mia Farrow's paternity fraud does not matter toward Allen's guilt or innocence. Mia Farrow is more evil than Allen, but that does not make Allen innocent. What makes him innocent is that the allegations were never proved.

FOLKENFLIK: McBride has written extensively about the coverage of sexual abuse.

MCBRIDE: Because Woody Allen has a reputation out there, we somehow feel like his right to protect his reputation trumps her right to tell her story. And I don't think it does.

Yes, I do believe that slander and libel laws have a good purpose, and that is that his right to protect his reputation does trump her right to tell an apparently-false story.
Posted by George at 8:00 AM

Ronan is a dead ringer of John Farrow, Mia'a father, not Sinatra.

Agreed. Mia Farrow may be a manipulative, personality-disordered liar, but intellectually speaking the woman is brilliant. No way would she risk conceiving a child with a velvet-throated crooner cum thug over conceiving one with an artist as creatively and intellectually endowed as Woody Allen. She is on a scorched earth mission to either utterly destroy him or at least taint Allen's reputation for eternity. When Mia & son Ronan took to twitter on golden globes night to resurrect sex abuse accusations made by someone they disingenuously referred to as "a 27 year old woman" it became abundantly clear that they both had far more interest in using the dubious, long ago legally dismissed accusation as a battering ram against Allen than they did in according Dylan the sensitivity, privacy, respect that such claims would warrant. I would be furious if my family members opted to repeatedly air out my private personal pain in print and online media.