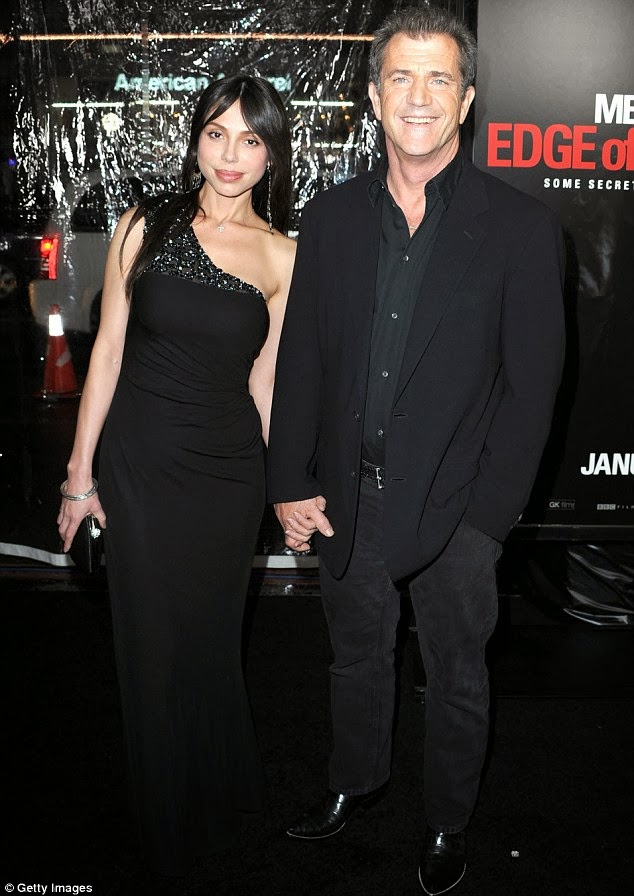 
It is a decision she surely regrets

For Mel Gibxon's ex Oksana Grigorieva has filed for bankruptcy less than four years after knocking back a $15m child custody settlement offer from the Braveheart star.

The hard-up Russian pianist made the move due to prohibitive legal debts said to be in the range of $250,000. ...

During her bitter custody battle with the Mad Max actor she sacked more than 40 lawyers.

At the end of it all the Oscar-winning star was ordered to pay just $750,000 to Grigorieva, which he is stumping up in installments.

The 2011 decision came a year after she turned down a rumoured $15m offer of settlement.

According to the documents she is receiving $20,000 a month in child support for Lucia, while her former flame Timothy Dalton pays her $2,500 a month for their son Alexander.

Their settlement was the end to a lengthy feud, which made headlines across the world when the she accused Gibson of attacking her.

No love lost: This mugshot of the Mad Max star was taken after he pleaded no contest to simple battery in 2011

The confrontation took place on January 2010 - just three months after Grigorieva gave birth to their daughter.

Firing 40 lawyers must be a record. Normally I would be inclined to blame the lawyers for turning down a good settlement and for failing to give reasonable financial advice.

But it is hard to believe that all 40 lawyers were bad. This is obviously an intransigent bitch who went crazy with possessiveness about the baby. These bitter child custody battles should be impossible, because joint custody should be automatic.

This is not the Australian woman who bore Mel Gibson 7 kids and ditched him after his DUI arrest. She got $400M.
Posted by George at 8:00 AM