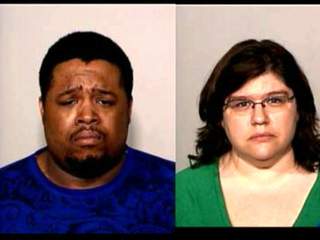 A Minnesota appeals court just upheld a conviction of parent for humiliating her 12yo girl:


In May 2012, officers from the Fridley Police Department were dispatched to a townhome in Fridley to investigate a report of a girl with a shaved head being forced to run outside wearing a diaper. An individual had called 911 to report that S.C.C., who was twelve years old, had been outside for over 30 minutes wearing only a diaper and a tank top. The individual also reported that S.C.C. was being disciplined for receiving an “F” on her report card and that her parents had shaved her head as part of the punishment.

When officers arrived at the townhome, approximately 30 to 50 people, including several adult men and teenage boys, had gathered to watch S.C.C. S.C.C.’s head had been shaved recently, and she was crying hysterically.

S.C.C.’s mother, appellant Stephanie Ann Broten, told officers that she did not understand what the problem was and that she was simply disciplining her child by embarrassing her. Appellant’s husband stated that S.C.C. had been warned several times that she would be forced to shave her head and wear a diaper if she did not start listening in school and getting better grades.

S.C.C. explained that appellant had shaved her head and that appellant’s husband had forced her to put on the diaper. S.C.C. also stated that she had been forced to go outside and run to the basketball court and back; that she had done that five times before the officers arrived; that one of her classmates from school had seen her and was calling her name while she was running; and that she told her classmate to leave her alone….

“A parent, legal guardian, or caretaker who, by an intentional act or a series of intentional acts with respect to a child, evidences unreasonable force or cruel discipline that is excessive under the circumstances is guilty of malicious punishment of a child….” Minn.Stat. § 609.377, subd. 1. The offense is classified as a gross misdemeanor “[i]f the punishment results in less than substantial bodily harm.” Id., subd. 2.

The mom was sentenced to a year in jail, having to serve at least 3 months.

Bad as this sounds, I do not think that harm to the girl was shown. One comment said:

[Some reasoning in support of this decision] fails to recognize the possibility that it is more cruel to allow the child to continue to act out and fail or that it is more cruel to send the kid into foster care. The parents have a right to discipline their kids up to the point of physical abuse and neglect. This is neither. Progressive interference in parental rights has led to the collapse of the nuclear family, the explosion of out of wedlock births and the destruction of the societal cohesion in poor communities. These are worse things than what happened to this 12 year old.

There was a time when a white mom would be considered unfit for living in sin with a black man. The authorities would not wait for the black man to put a diaper on a 12yo step-daughter.

Of course the real problem here is that the dad was replaced by a step-dad:


Outside the Anoka County Courthouse, Justin Canfield spoke of the outrage he felt when he learned what his ex-wife allegedly did to their 12-year-old daughter.

On Monday, Stephanie Broten and her boyfriend, Darnell Landrum, were arrested after allegedly shaving the girl’s head and forcing her to run outside an apartment complex in front of others wearing a diaper.

The couple is charged with malicious punishment of a child. On Thursday, the two appeared in juvenile court for an emergency protection case hearing. The girl and her three siblings were removed from the home and placed in protective care.

The girl has gone back to her real dad. This never would have happened if the family court had not cut the dad out of the girl's life.
Posted by George at 8:00 AM