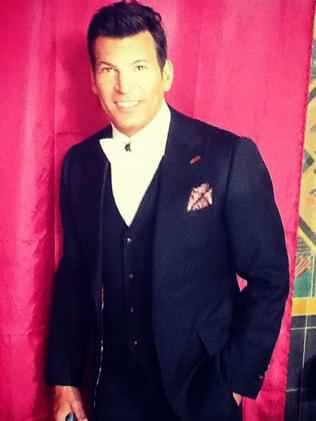 What happens when a gay celebrity wedding planner wants to have a baby? A disaster, of course. This sounds like a joke, or a Hollywood sitcom plot. Here is the story:


A GAY celebrity couple's decision to split up their twin babies was a "parenting disaster" and a "terrible risk", a child psychologist has told news.com.au.

Australian parenting expert, Tim Dansie, said the now estranged couple's arrangement to father one twin each was one of the first mistakes they had made, and now they were treating the children "like it was let's split the furniture".

Mr Dansie was responding to US celebrity couple David Tutera and Ryan Jurica's separation of their newborn twins on biological fatherhood lines, which has sparked furious debate on talk shows and online with commentators comparing events with Biblical parables of splitting a baby in two.

Tutera, a celebrity wedding planner and the TV host of "My Fair Wedding" and his partner of ten years, Ryan Jurica, became the parents of twin babies born in July to a surrogate mother.

Each man fertilised an egg which was implanted in the woman who is apparently the biological mother of both children, a boy and a girl.

Renowned for producing wedding parties for clients like Jennifer Lopez and Matthew McConaughey, Tutera is the biological father of the girl, Cielo.

Jurica is the father of Cielo's fraternal twin, Cedric.

The men's partnership, which culminated in marriage in 2003, blew apart during the pregnancy in January, with bitter recriminations.

After Tutera decided to end the union on New Year's Day, Jurica made public accusations against him, saying the wedding organiser was a "sex addict" who regularly rented prostitutes.

Jurica, who has previously been arrested for drink driving and public intoxication, ended up checking himself into rehab.

The men now live with each of their babies on opposite sides of the US, Jurica in Connecticut and Tutera in California.

This is being compared to The Parent Trap, a 1998 Lindsay Lohan remake of the better 1961 Disney movie. But that movie was about identical twins. In this case, each baby is going to his biological dad, and the babies are only about as related as an uncle and nephew.

If I were to remarry and have another kid, that kid would have the same genetic relation to my previous daughters as these twins do to each other. But I do not see my daughters and they would not see their new sibling. Would the talk-show parenting experts be outraged about that?
Posted by George at 8:00 AM

The babies are half-brothers. The non-biological parent is no relation at all - a stepdad.