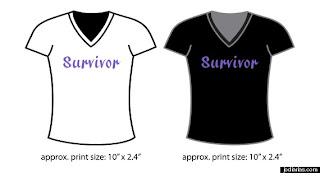 
PHOENIX — Jodi Arias begged jurors Tuesday to give her life in prison, saying she "lacked perspective" when she told a local reporter in an interview that she preferred execution to spending the rest of her days in jail.

Standing confidently but at times her voice breaking, Arias told the same eight men and four women who found her guilty of first-degree murder that she planned to use her time in prison to bring about positive changes, including donating her hair to be made into wigs for cancer victims, helping establish prison recycling programs and designing T-shirts that would raise money for victims of domestic abuse.

She also said she could run book clubs and teach classes to prisoners to "stimulate conversations of a higher nature."

That T-shirt alone is reason to execute her. She was not a victim of domestic abuse. Jodi was just lying to excuse her murder. But even if Travis were a woman-beating pedophile, as Jodi now claims, then she is all the more culpable. She had already broken up with Travis, and he was about to take a trip to Cancun with another woman. Why would Jodi drive 1000 miles to make a sex tape with him, unless she liked a woman-beating pedophile or she wanted to murder him?

HLN TV was complaining about her flat affect. They theorized that she only had to make an emotional connection with one juror to avoid the death penalty. Her flat affect is the least of her sins. Some people show emotion more than others.
Posted by George at 8:00 AM

Life with conjugal visits from Alyce with a strap-on and lice in her hair.

First, i just want to say that while our criminal justice system is terribly flawed, I want a defendant to be free to put on any defense that they wish, and not be punished extra for their vigorous or dishonest defense.

The woman is a murderer and she shouldnt be punished beyond the initial charge of murder. We dont try convicted murderers for perjury if they lie. We simply lock them up.

I like to think if you take a step back and consider the idea that murderers ought to be punished for murdering people and not punished extra for trying to win or excuse their actions during trial.

darn, i forgot to write my main point.

deciding based on those factors makes the death penalty more of a charm offensive and a likability contest and juries ought not be allowed to consider those factors more than they already do because there are human beings on the jury.

Ugh, that T-shirt thing made my blood boil. She hacked apart a decent man like dinner and has the audacity to still claim it was from abuse.

Sadly, she will find a whole network of abuse victims (read: selfish women who murdered men when they were defenseless) in prison.

These organizations have been working to free women in prison and are getting really good at it.