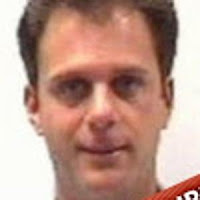 
A federal judge threw the book at a Long Island man who escaped to Asia to avoid paying $1 million in child support — slapping him with more than 2 1/2 years in prison yesterday.

Robert Sand, 51 — who had been named the nation’s worst deadbeat dad last December by federal officials — was sentenced to 31 months and ordered to pay more than $903,000 in restitution by Long Island federal Judge Joseph Bianco.

“Robert Sand literally fled the country to avoid his obligation to the children he brought into this world,” said US Attorney Loretta Lynch. “This Father’s Day will find Sand behind bars, finally being held to account for his abandonment.”

This case was not about his obligation to his kids. He was avoiding a judgment to pay his ex-wife, but she had no obligation to spend it on the kids. I do not believe that he abandoned his kids, unless it is shown that he was given an opportunity to be a real dad to the kids.

Even if we assume the worst, I do not see that he is any worse parent that people like my ex-wife who use the system to cut off kids from their dads.

The guy was under some sort of delusion that he might get some sort of kindness or loyalty or pity from his ex-wife:


One of the people he telephoned from jail when he got back was his first wife, Lisa.

“He told me, ‘There are murderers in here. There are rapists in here. You’ve got to get me out of here.’ Like I’m his personal assistant,” Lisa Sand told The Post last December.

“He was hysterically crying. He said, ‘I want to make my life better. I screwed up my life.’ ”

But she had little sympathy.

“[He] literally went to the ends of the Earth to avoid paying child support,” she said.

If you want friendship or loyalty, get a dog.

The woman who sent me this story also said:


seems like jailing this guy for 2.5 years solves nothing. taxpayers pay his room and board and child support goes unpaid. though if the fox news owned nypost is writing a story like this, its probably not even a center right mainstream position that is safe. ...

have you thought about tweeting? i know i would visit your site more and forward things you post more. at least i do with the other blogs i follow.

keep up the good work and stay strong

I tend to criticize liberals more than conservatives, but you're right, the conservative papers aren't much better. No one defends deadbeat dads.

I haven't posted a Twitter feed, because I don't use it much. Here it is: @angrydadx. Go ahead and suggest how I can use it better. I am not really using Facebook or Google+ either.
Posted by George at 8:00 AM

You should be able to set it up so that your blog posts get automatically tweeted-just the title and a link. That way you're tweeting every time you post but without the hastle of doing it separately