I have been following the Jodi Arias trial on TV (TruTV and HLN), and it now moves into the Battered woman defense. The evidence for abuse is extremely thin, consisting of some messages referring to "animalistic sex" and related matters, and Jodi telling an abuse story about a year after the killing, and after telling other elaborate false stories.

Women can be very illogical on this subject. One HLN viewer said:


After being married to a man like Travis, I know he abused her. I snapped & still don't know what caused it.

This is like saying, "I know Jodi is a murderer because I once heard of another Mexican-American murderer."

So we now have expert witnesses testifying about the profile of an abuser.


The prosecutor in Jodi Arias' murder trial pounded on a table Monday as he attacked the credibility of a psychologist who diagnosed her with post-traumatic stress disorder and amnesia, appearing to mock the expert witness who feverishly defended his work.

Arias faces a possible death sentence if convicted of first-degree murder in the June 2008 killing of Travis Alexander in his suburban Phoenix home. Authorities say she planned the attack on her lover in a jealous rage. Arias initially told authorities she had nothing to do with it then blamed it on masked intruders. Two years after her arrest, she said it was self-defense.

Psychologist Richard Samuels, a defense witness, testified previously that his diagnosis of PTSD and amnesia explains why Arias can't recall many details from the day she killed Alexander as the defense works to convince jurors she may have lied repeatedly before, but she isn't lying now.

Prosecutor Juan Martinez has spent several days picking apart Samuels' evaluation techniques, and even accused him of forming a relationship with Arias that biased his diagnosis.

"You have feelings for the defendant!" Martinez yelled.

Earlier in the day, Martinez pounded on a table as he questioned Samuels' credibility, appearing to rattle the witness who thumped his own finger loudly on his notes.

Samuels has denied the allegations of bias and missteps that could have skewed his findings. He testified that he based his diagnosis of Arias on multiple interviews with her, reviews of crime scene photos and police reports, as well as the tests he performed on her.

Martinez later again questioned how Samuels could have come to any definitive diagnosis based on Arias' lies. When Samuels began evaluating her in jail, Arias was sticking to the intruder story.

Martinez also questioned how Samuels could know whether Arias indeed doesn't recall details from the killing and suffers from amnesia or if she is faking it.

"I can respond in terms of psychological probability," Samuels explained.

"Which is basically telling me you don't know," Martinez snapped.

The prosecutor ripped into Samuels for minor minor mistakes, ethical lapses, and having compassionate feelings showing a lack of objectivity.

Samuels keep arguing that he was trained to be a neutral observer, to have empathy but not sympathy. I guess he had compassionate feelings, but not sexual feelings.

The prosecutor did a good job of poking holes in Samuels' testimony, but I am afraid that he is just poking small holes and not rebutting the big issues.

Samuels spent most of his testimony talking about DSM-IV symptoms, computer-scored tests, and other matters where he seemed to be backed up by professional knowledge. The real trouble with his testimony is that he slyly slipped in some indefensible implications.

He argued that Jodi "creating an alternative reality" is an involuntary consequence of PTSD. He has no support for that. Jodi is a masterful liar who has told the most brazen lies. You cannot trust anything she says, even if she sounds convincing.

The whole idea that Jodi has some stress disorder is implausible. From what I have seen, she has handled the stress of the trial remarkably well. I estimate 9 out of 10 people could not hold up as well on the witness stand for 3 weeks, even if they were telling the truth. She testified that she was uncomfortable by a man interrogating her, but she held up extremely well.

More outrageously, he gave this answer:


Jury: Can the acute stress occur in a planned killing, as opposed to self-defense?

He has no support for this at all. There is nothing in the DSM-IV or any of his authorities that say this.

He did say that a soldier doing a planned attack is less likely to get PTSD than a soldier who is attacked. But that is a lot different. A soldier is doing what he is supposed to do. Jodi is accused of premeditated murder. For her to get caught murdering her boyfriend is surely more stressful than the great majority of PTSD diagnoses.

He also argued that her PTSD diagnosis and his professional clinical judgment tell him that Jodi was not motivated by jealousy. Again, there is no data, or textbook, or scientific research to back up such a ridiculous statement.

When cornered, Samuels would say that psychology is an inexact science, and that is why he speaks in terms of probabilities. But he never gave any probabilities for anything. If he is going to testify that a jealous rage murder is not probable, then he should have to back it up with a calculation based on generally accepted data. It is up to the jury to decide that question. Samuels should only be explaining expert knowledge that informs the jury, and not just giving his conclusion. 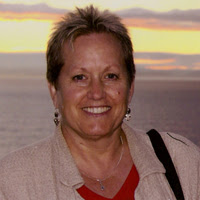 The prosecutor did not hammer these big issues. My guess is that he will bring his own psychologist who gives a different conclusion. Meanwhile, the defense domestic violence expert Alyce LaViolette is testifying, and I'll report on that later. So far she has described credentials and experience (mainly counseling abusers and victims), and going into a rambling profile of a domestic abuser.

She says that abusers can be respected in the community, and not show any outward evidence. Sometimes they have sexual practices that are coercive but not forcible. Sometimes the man will be jealous, and ask his girlfriend a lot of questions if she is out partying with others. He might show controlling behavior, such as calling her at home to see if she is at home. Sometimes he might lose his temper easily, and even tho he does not hit or harm her, she is walking on eggshells so as to not upset him. Sometimes he is more fun to be with early in the relationship. Sometimes he tells her negative comments about her family or friends.

The expert's main thesis is that there is a "continuum of aggression and abuse". That is, it cannot be quantified or diagnosed like DSM-IV PTSD. It exhibits many different behaviors to many different durations and degrees.

LaViolette told anecdotes about "monopolization of perception" and "shift in perception". This occurs when a wife or girlfriend starts looking at things from the man's point of view. In some cases, he will make a comment, she will take offense, and he will apologize and clarify his comment so that it does not offend.

She said that women said that psychological or emotional abuse is worse than physical abuse. As an example, a husband might tell the wife that she has gained weight. When the wife takes offense, the husband might say that she looks great. As another example, he might call her a cutesy name, and then stop when she says that she does not like the name.

I am not getting what these anecdotes have to do with the case. If anything, Jodi was the controlling and jealous one. Who was abusing whom? This is a brutal murder trial. It seems absurd to talk about trivialities like someone giving a lover the silent treatment for a few hours. I guess the point is going to be that trivial pieces of evidence of abuse will put the victim on the abuse continuum, and therefore make it plausible that he tried to kill Jodi and Jode acted in self-defense.

My problem with LaViolette is that she is not reporting any generally accepted expert knowledge. She is just telling anecdotal stories that have no obvious relevance to Jodi Arias. The anecdotes should not be admissible. Normally, if a bank robber is on trial, the judge will not allow an expert to testify to just tell stories about other bank robbers. I will post more about the admissibility of evidence.

Update: LaViolette testified that she has used her continuum chart in family court against dads who did not seem to meet the profile of an abuser. By showing a chart that describes abuse as a very wide range of behaviors, she can show that just about any man is in the continuum.

She also said that the term "domestic violence" is being replaced by intimate partner violence or abuse.
Posted by George at 8:00 AM

What a mockery of justice. The judge has lost control of the case. The worst since Lance Ito. If her rear took it, you must acquit!

Yes, the judge has lost control of the case.

I found your blog late in this case, but cannot tell you how glad Iam that I did! I was beginning to second guess my own sanity as my 30 yrs of nursing exp in Womens and Family Medicine, revealed very different information than that which was presented from either defense "expert" witness!
Thank you! I am enjoying reading your posts!