How to Modify Alimony Payments 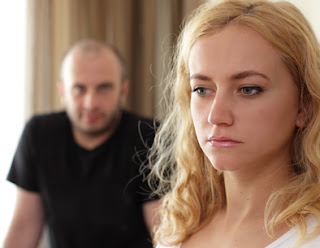 This is a guest post. I am not endorsing the links.

The "D" word is something the breadwinner in any marriage never wants to hear. According to the U.S. Census Bureau, 28.5 percent of men aged 40 to 49 had divorced at some point in their lives. The same 2009 survey found 31 percent of women in that same age group had divorced at some point. Alimony, or spousal support, payments are no longer exclusively the ex-husband paying the ex-wife either. Forty-seven percent of U.S. divorce lawyers say they have seen a hike in women paying alimony, according to a 2012 survey by the American Academy of Matrimonial Lawyers. The following defines the different types of alimony and how you can potentially modify your obligations.

The terminology for each of these types of spousal support will vary based on your state of residence. Reimbursement alimony, also called maintenance support, is generally ordered in cases which one spouse worked for the entirety of the marriage, and the other did not. It could also be awarded, for instance, to a husband who worked several jobs while the wife attended medical school. The husband can be entitled to maintenance support if she earns substantially more than he did at the time of divorce. Reimbursement alimony can be permanent or set at a fixed number of years. However, modifications can be made based on changes in circumstances.
Rehabilitative alimony, known as transitional support in some states, is generally awarded on a temporary basis. A fixed payment is awarded, for instance, to the ex-wife, to complete her bachelor's degree so she can earn a respectable living. Once the ex-wife finds a job in her field, these payments can be stopped upon the filing of a proper motion with the court.

The most common and successful way to get alimony payments reduced or eliminated is a change in the payee's circumstances. An ex-wife moving in with a boyfriend who makes substantially more than her ex-husband, or their combined incomes exceed that of the alimony payer, can be grounds for support modification. The payer spouse will bear the initial burden of proving there is, in fact, a cohabitation situation with the payee spouse. This is normally done with the filing of an ex-parte motion, or a court brief asking a judge to hear your evidence of cohabitation without the other party present.
The motion will be served on the other party in accordance with that respective state's rules of civil procedure. In Ohio, for example, Rule 4.1 stipulates service can be done personally, by certified mail, or by leaving a copy at the payee's residence. If you rather have a process server do it and cannot afford it in Ohio, payday loans are a quick way to obtain funds and get the litigation rolling. Changes to state laws, disability, and a financial emergency with the payer can all be grounds for modification, as well.

The last thing you want to happen is your case being dismissed because of a procedural error. Most family courts will provide pro-se (self-represented) litigants literature and forms to assist in the process. You can find any state's rules of civil procedure online with a simple search. State laws are usually termed "revised statutes" and can also be found online. An e-book called "How To Represent Yourself In Court" is an easy-to-read instruction manual written by Nolo Law, which owns several legal websites.
Posted by George at 8:00 AM