The gay marriage fix is in 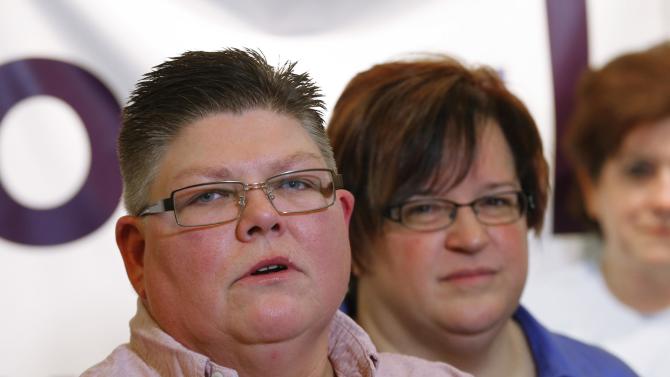 The US Supreme Court hardly ever hears any family court issues. The last three presidents (Clinton, Bush, Obama) were all elected with promises to oppose same-sex marriage. California passed a popular initiative against same-sex marriage, and then amended its constitution to say the same thing. The courts approved the limitation of marriage to opposite sex couples. Only one gay federal judge gave a different opinion, and the US Supreme Court said that his opinion had to be limited to the two couples in his court. And yet we have same-sex marriage in California.

And yet the US Supreme Court has agreed to decide this:


The Supreme Court on Friday agreed to decide whether all 50 states must allow gay and lesbian couples to marry. The court’s announcement made it likely that it would resolve one of the great civil rights questions of the age before its current term ends in June.

Nobody thinks that the liberal justices will pay any attention to the legal arguments. They will make a political decision. The conservative justices try to follow the Constitution, and there will be speculation about their votes.

It hardly matters. The fix is in. We will have same-sex marriage.

I don't want to argue the merits of this. It is a done deal. I just want to note that all this is happening without any public consensus that it is good idea, without an serious social science evidence that there are any public benefits, without even a large population using this (as marriageable gays and lesbians are less than 1% of the USA), and without any valid political process.

So how did LBGTQIA folks get this, while fathers cannot even get laws guaranteeing that they can see their kids?

I am not sure, but I see a couple of things. First, the gays and lesbians are the most nasty and vindictive of American political groups. If you cross them, they will do everything to destroy you.

Second, they made allies with people who want to destroy marriage for other reasons. A lot of feminists have complaints about marriage, and they support gays and lesbians while the gays and lesbians support feminism.

Third, ... well, I don't know. They did some crafty things, like bringing their big Prop 8 case before the only gay federal judge in the country. That is hard to do, as the judges are supposed to be assigned to cases randomly. Is that a coincidence? Maybe, but I suspect that there is a network of gays who can arrange things like this.

Are any of these methods applicable to the sort of family court reforms that I would like to see? I doubt it.
Posted by George at 8:00 AM

'Second, they made allies with people who want to destroy marriage for other reasons.'

This is the reasoning I'd say is the frontrunner...basically they became useful idiots for those people.

Everything is about money, power and control.

Lesbians, gays, feminists and minorities make up the majority of the democratic party.

As a group, lesbians, gays, feminists and minorities want to transfer as much money, power and control as they can from straight, white men to themselves.

It's all very, very simple.