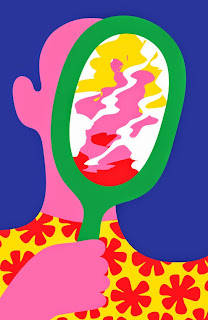 
I FEEL your pain.

These words are famously associated with Bill Clinton, who as a politician seemed to ooze empathy. A skeptic might wonder, though, whether he truly was personally distressed by the suffering of average Americans. Can people in high positions of power — presidents, bosses, celebrities, even dominant spouses — easily empathize with those beneath them?

Psychological research suggests the answer is no. Studies have repeatedly shown that participants who are in high positions of power (or who are temporarily induced to feel powerful) are less able to adopt the visual, cognitive or emotional perspective of other people, compared to participants who are powerless (or are made to feel so).

For example, Michael Kraus, a psychologist now at the University of Illinois at Urbana-Champaign, and two colleagues found that among full-time employees of a public university, those who were higher in social class (as determined by level of education) were less able to accurately identify emotions in photographs of human faces than were co-workers who were lower in social class. (While social class and social power are admittedly not the same, they are strongly related.)

Why does power leave people seemingly coldhearted? Some, like the Princeton psychologist Susan Fiske, have suggested that powerful people don’t attend well to others around them because they don’t need them in order to access important resources; as powerful people, they already have plentiful access to those.

We suggest a different, albeit complementary, reason from cognitive neuroscience. On the basis of a study we recently published with the researcher Jeremy Hogeveen, in the Journal of Experimental Psychology: General, we contend that when people experience power, their brains fundamentally change how sensitive they are to the actions of others.

Clinton did not really feel anyone's pain. He was just good at faking it. Other politicians, like Barack Obama and Hillary Clinton, are criticized because they are lousy at faking it. Empathy is a political fad.

Maybe these professors have figured out a way to scientifically analyze empathy. Then maybe some others will figure out whether it makes one a better or worse person. So far, it is just something for psychologists to speculate about.
Posted by George at 8:00 AM