Mom loses kid because of her attitude 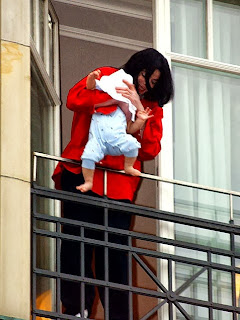 A single mom lost her baby because of a complaint to CPS about an "uncle" doing like Michael Jackson and hanging the baby over a balcony, and a court declared her unfit to get the baby back because:

The mother is currently unfit to parent this child because she continues to minimize the dangerous behavior of the uncle that was the reason that brought the child into foster care.

Even though the mother has complied with all services ordered by the court, her attitude and behavior have not changed sufficiently for the child to be placed with her.

The mother continues to behave in a hostile and belligerent manner toward the Department and service providers.

Two psychologists diagnosed the mother as having a personality disorder, a diagnosis that is consistent with her behavior and that is not likely to change in response to services.

In other words, she lost her kid because of her attitude, not any legitimate abuse or neglect concerns, and the crooked psychologists tried to back up CPS with a phony diagnosis.

Fortunate for the mom, the Washington state appeals court sided with her:

B.R.’s attitude and distrust of DSHS are not proper bases for termination…. While B.R. had a duty to comply with all ordered services, no statute or rule required her do so with a smile on her face.

Note how easy it was for CPS to find crooked psychologists to give some meaningless diagnosis to some mom that CPS wanted to punish.

This case illustrates how people have misperceptions about risk. Babies are so fragile that dropping a baby on his head from only a few feet is deadly. I am not sure that there is any risk difference between holding a baby upside down from 5 or 50 feet high. A drop kills the baby either way. Fortunately, people handle babies carefully, and do not drop them. Even Michael Jackson's famous blunder was not necessarily any more dangerous than walking down the staircase, provided that he had a firm grip on the child.

At any rate, the mom did not dangle the child, or approve of dangling him. She did everything to stop it. She did nothing to harm or endanger the child. And yet they made her take a bunch of parenting classes, and still would not give her the child back.

This case is proof that CPS is evil and vindictive.

Just to be clear, I am not recommending dangling a toddler over a balcony. I do not recommend black single moms raising multiple kids with multiple different dads, with goof-off relatives and boyfriends randomly loitering in the household. But if CPS is going to intervene, then it should quantify the danger of dangling, and prove it. It never did that.

I just learned that CPS sometimes offers a hearing, and advises:


The grievance review hearing shall, to the extent possible, be conducted in a non-adversarial environment.

Is this a sick joke? Can these goons really think that they can accuse a parent of child abuse, allow her to contest it, and decide the matter in a "non-adversarial environment".

My guess is that these CPS social workers will sit the mom down, and tell her that they have the child's best interest at heart better than the mom herself, and that the mom should do whatever they say if she wants to help her child. If she expresses any disagreement, they would say with a straight face that she must not love her child.

"Despite numerous checkpoints and gate agents, officials at Minneapolis/St. Paul International Airport say a 9-year-old was somehow able to sneak through security and onto a Delta flight headed to Las Vegas."

That's the report from Minneapolis-St. Paul TV station KARE 11, which says the "security mishap" came Thursday when the boy sneaked into the airport and onto Delta Flight 1651 to Las Vegas.

CPS is currently considering putting the kid in foster care. When a little kid embarrasses govt bureaucrats, someone has to pay, I guess.
Posted by George at 8:00 AM

"The mother continues to behave in a hostile and belligerent manner toward the Department and service providers."

Because they - oooh, I dunno - kidnapped her child?

Your point about the crooked psychologists is the important thing.