Legal to spank with wooden spoon 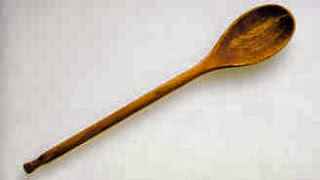 
As far as a San Jose appeals court is concerned, parents don't need to spare the rod with their children -- ruling Tuesday that using a wooden spoon for a spanking that causes serious bruising should not necessarily translate into a finding of child abuse.

In a ruling designed to establish legal precedent, the 6th District Court of Appeal overturned a trial judge's finding that a South Bay mother should be reported for child abuse for trying to resolve discipline issues with her 12-year-old daughter by spanking her so hard with a wooden spoon it severely bruised her.

The unanimous three-justice panel concluded that while the April 2010 incident may have been on the outer boundaries of parental discipline, the overall circumstances did not warrant a child abuse report. The Santa Clara County Department of Social Services had concluded the mother, Veronica Gonzalez, should be reported to the state Department of Justice for its child abuse database for a "substantiated" incident.

"We cannot say that the use of a wooden spoon to administer a spanking necessarily exceeds the bounds of reasonable parental discipline," Justice Conrad Rushing wrote for the court.

I took a several appeals to that court, but I got the misfortune of getting the judges with reputations for never reversing the lower court. Maybe I would have had better luck with these judges.

Some people disapprove of spanking, but all attempts to ban it in California have failed. So a parent should not be punished just for spanking.

I got put on that same child abuse database for resetting an alarm clock from 5am to 7am.
Posted by George at 8:00 AM

I don't have a particular problem with spanking, especially of smaller children, but using an object like a switch, belt, coathanger, or wooden spoon crosses a line. The trouble with corporal punishment is that it won't go the distance -- eventually that kid will be bigger or stronger than the parent and then whatcha gonna do?

The problem with the database is that there isn't any due process. If someone is convicted of the crime of child abuse, fine, add them to a list, at least until they get their record expunged. But people shouldn't get put on some list based on suspicion or specious reports.

That appellate decision (there's a slight problem with the link) indicates that the mother ultimately became aware of her right to due process and went the distance through administrative hearing, petition for writ of mandamus by the superior court, and appeal to the 6th District.

Link is fixed. Thanks.

A lot of parenting strategies fail when the kid gets older. Unless there is some consensus on what is best, parents need to have some discretion.

These appeals judges are much more interested if they can say that proper procedures were not followed. They have no idea what is actually good for kids.

Heh, my mom did this before it was "legal" -- like she would have given a crap if it wasn't.

I don't have a particular problem with spanking, especially of smaller children, but using an object like a switch, belt, coathanger, or wooden spoon crosses a line.

Eh a wooden spoon or a belt is no big deal. I had those used on me a lot back in the day.

The trouble with corporal punishment is that it won't go the distance -- eventually that kid will be bigger or stronger than the parent and then whatcha gonna do?

Well duuuuh, you modify the punishment according to age. Spanking is not a silver bullet. There is an age below which and above which it does not work and is not appropriate. This does not mean there is NO age at which it works and is appropriate.

Whether or not you use spanking, if you do not instill the absolute conviction, while they are small, that your will is sovereign and MUST be obeyed, then you are doomed, doomed when they get big enough to defy you physically.