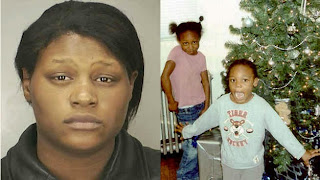 
A woman who admitted to drowning her three young children in her Long Island bathtub five years ago has given birth to a fourth child while incarcerated at what is supposed to be a secure upstate psychiatric hospital, the I-Team has learned.

Leatrice Brewer, 33, was found not guilty because of mental disease or defect in the 2008 deaths of her children, and has been held ever since at the secure Mid-Hudson Forensic Psychiatric Center in New Hampton. Her case has received renewed attention in recent weeks because she is trying to collect $350,000 from a settlement that the childrens’ fathers won from Nassau County in wrongful death lawsuits.

But now the father of two of the three children Brewer killed says he has been contacted by a lawyer trying to find an appropriate placement for the newborn Brewer had while in custody.

“She told me Leatrice had a baby while she was in that facility,” Innocent Demesyeux said in an interview with the I-Team.

It is unclear who that baby’s father is, or under what circumstances Brewer became pregnant. The state Office of Mental Health, which oversees Mid-Hudson, declined to comment, citing privacy laws. ...

Because she was technically found not responsible for the children's deaths, lawyers say she may be able to claim some or all of the $350,000 estate their fathers won.

There are so many things wrong here, I don't know where to start. Maybe we need to go back to forced sterilization.
Posted by George at 8:00 AM