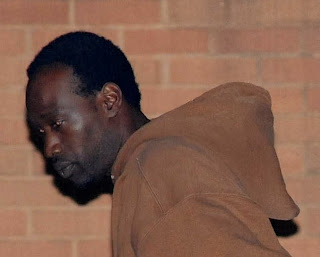 The biggest current crime story is the biker retaliation against a Chinese SUV driver, and I noticed this:


Reginald Chance, 37, was ordered held on $75,000 cash bail following the court appearance on Sunday. He reportedly extended both middle fingers as he entered Manhattan Criminal Court in connection to the Sept. 29 confrontation that went from Manhattan’s West Side Highway to a neighborhood street. Prosecutors said Chance, a married father of six, played a key role in the beating of driver Alexian Lien, who ran over another biker in what relatives said was fear for his life.

I hate to pick on Chance, because he is not the worst character in this story, but look at who is breeding in our society. I know lots of intelligent, healthy, responsible, upstanding citizens who somehow missed out on having kids for various reasons. But these lowlife gangsters are fathering lots of kids.

I watched some episodes of the new TV show Paternity Court. It has men who were hounded for years by moms for child support, without ever knowing for sure whether they were the real dad. In one case, a man lost his money, job, and served 3 years in jail during 10 years of legal actions. A couple of DNA tests supposedly showed that he was the father, but there were irregularities about the tests. Sure enough, the test on TV showed that he was not the father. When the judge asked the mom if she now knows who the real dad is, she said yes. There is almost never any compensation for the falsely accused dad, because of the theory that everything was done for the benefit of the child.

I guess the moms do not get charged with paternity fraud because they say that they had multiple sex partners and made an honest mistake about who is the dad. Maybe moms should not be able to bring paternity actions unless they can swear that they only had a single sex partner.
Posted by George at 8:00 AM