The relevance of Stand Your Ground 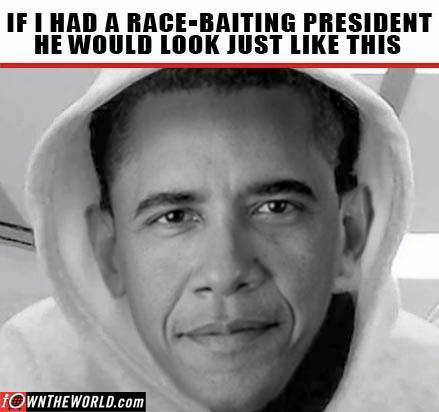 The George Zimmerman case continues to cause controversy, with much of the debate over the Florida Stand-your-ground law. The Democrats say that the law must be repealed, and legal experts saying that the law had nothing to do with the case.

Both sides are wrong. The Florida stand-your-ground law has two main parts: to allow self-defense without a duty to retreat, and to immunize that against criminal and civil court action. Zimmerman never had an opportunity to retreat, according to his own story, so the first part did not apply.

But the political uproar over the case last year was over Zimmerman not being charged for 6 weeks. The police and prosecutors figured that the case would be dismissed under stand-your-ground immunity. The Martin family wanted to sue for a million dollars, but such a lawsuit would almost certainly be dismissed.

The pro-Martin argument was that Florida should, out of respect for Trayvon's death, prosecute Zimmerman whether a conviction is likely or not. They argued that anyone who shoots a man in self-defense should endure a jury trial. The stand-your-ground law was passed largely to avoid prosecuting people known to be innocent, just to appease the family of the dead.

So yes, the stand-your-ground law had a lot to do with why Zimmerman was not charged right away, and for the political uproar that cause Pres. Obama and the Florida governor and AG to force his prosecution.

Stand-your-ground was also mentioned in the jury instructions:

If George Zimmerman was not engaged in an unlawful activity and was attacked in any place where he had a right to be, he had no duty to retreat and had the right to stand his ground and meet force with force, including deadly force if he reasonably believed that it was necessary to do so to prevent death or great bodily harm to himself or another or to prevent the commission of a forcible felony.

But even without the SYG law, the instruction would have had the same effect, as retreat was not an option.

One of the problems with family court is that one parent will make a bunch of outrageous accusations (of abuse, neglect, violence, threats, etc.), and expect the court to fully litigate. The mindset of the court is often to say that every difference between the parties must be resolved. We need more law to permit dismissal of dubious claims. Unless there are police reports, witnesses, objective evidence, etc that can potentially prove guilt beyond reasonable doubt, then the accusations ought to be dismissed.

Thus I do not agree with the Obama administration push to repeal SYG laws. Obama's purpose is to prosecute people like Zimmerman, even if they legitimately acted in self-defense. Not that Zimmerman is a Republican; he is a Democrat who voted for Obama.

The Obama administration has interviewed dozens of Zimmerman's neighbors, and so far only found one willing to say that he is a racist. So now they are asking the world:

The U.S. Department of Justice on Monday afternoon appealed to civil rights groups and community leaders, nationally and in Sanford, for help investigating whether a federal criminal case might be brought against George Zimmerman for the shooting death of Trayvon Martin, one advocate said.

The DOJ has also set up a public email address to take in tips on its civil rights investigation. ...

That email address, which is now in operation, is Sanford.florida@usdoj.gov.

I thought this was a joke at first. I also thought that electing a black (or half-African) President would improve race relations. I was wrong. He made them worse. Obama signed the federal hate crime law in 2009, and it is vague and it has no statue of limitations when there is a death. So go ahead and tell Obama who you think the racists are. I am tempted to report Angela Corey.
Posted by George at 12:30 PM