I have criticized the experts in the Jodi Arias, but I think that I am understating the case. So I try again. You can watch the trial on Tru TV or HLN TV, or watch excerpts online.

A couple of forensic psychotherapists got exposed when they testified in the 2013 Arizona televised murder trial of Jodi Arias. She drove hundreds of miles to see her ex-boyfriend, seduced him, took naked pictures with his new camera, shot him in the head, stabbed him 29 times, slashed his throat, attempted to destroy the evidence, and discarded her gun in the desert. When police found her, she told a wild story about what happened, and bragged on national TV that no jury would convict her.

At her trial, psychologist Richard Samuels testified that he gave her a computer-scored personality test, and diagnosed her with post-traumatic stress disorder (PTSD). Apparently the anxiety of shooting her friend caused her to forget why she stabbed and slashed him, and where she dumped the gun. Samuels concluded that she probably shot in self-defense, because a premeditated murder would be less likely to cause PTSD.

Even more ridiculous testimony came from a well-known domestic violence expert, Alyce LaViolette. She testified that the dead ex-boyfriend was the jealous domestic violence perpetrator, not Arias. Drawing on anecdotes from leading 25 years of California court-ordered (punitive) domestic violence classes, LaViolette testified that emotional abuse is worse than physical abuse, and that the worst emotional abuse is so subtle that only an expert like herself can detect it. Her evidence was mostly emails and text messages with name-calling such as Arias being called a "sociopath", and that his messages were worse than they sound because of the common saying that "90% of all communication is nonverbal".

The problem with these experts is not just that they are hired guns who are biased towards the source of the money, or that they say things that are contrary to common sense. The deeper problem is that their whole testimony is directly contrary to court rules of evidence and procedure.

An ideal expert witness serves to inform the judge and jury on generally accepted published knowledge that is beyond common experience and not easily accessible to the layman. For example, a DNA expert might explain how DNA tests work and the signficance of a DNA match, but leave it to the jury to decide the guilt or innocence of the defendant. The expert testimony should be objectively verifiable by consulting textbooks.

Samuels said that as a psychologist he can only speak in probabilities and not certainties, but he never gave any probabilities for anything. He had no generally accepted knowledge on murderers having PTSD.

LaViolette never even cited any published knowledge, except her own chart showing how all human relationships lie on a "continuum of aggression and abuse". Most of her testimony consisted of arguing that she had sifted thru volumes of hearsay and had determined who was telling the truth and who was lying. She said that she was like an "FBI profiler".

Lie detector tests and FBI profilers are not allowed in court, and for good reason. They are speculative. They can be manipulated. They are unreliable. If the perfect lie detector gets invented someday, then maybe we won't need judges and juries anymore. That day has not arrived.

Samuels and LaViolette had no actual expertise on issues bearing on the guilt of Arias. Samuels could recite the symptoms of PTSD, but had no explanation as to why some particular definition of PTSD would be relevant. LaViolette could not even recite a definition of domestic violence or abuse.

The emptiness of their testimony was revealed by their inability to answer hypothetical questions. Ordinary (non-expert) witnesses testify only about facts, but experts testify about how scientific knowledge can be applied to the facts of the case, but it is the jury that is empowered to decide the facts. Ideally the experts would not express any conclusions about whether the defendant was telling the truth, and leave that to the jury in the light of scientific knowledge.

These experts spent most of their time giving opinions and conclusions on subjects where they have no expertise at all. For example, LaViolette testified about the importance of Mormon baptism and whether various people were faithful to Mormon teachings.

Part of LaViolette's claimed expertise was in conducting California child custody evaluations, and in testifying for family court child custody disputes. Apparently no one has ever explained to a judge how she is ruining families with her bogus testimony. 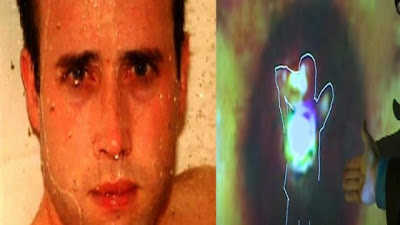 Yesterday, the Arias trial had a hearing over whether a defense photograph enhancement expert had testimony meeting the Daubert standard. The expert was indeed skilled at using Photoshop tools to enhance photos, and had applied his skills to magnify a reflection of Jodi in Travis's cornea, as he was naked in the shower shortly before she killed him. The dispute was over a hand-drawn outline around a blurry image. Prosecutor Martinez said that the image looked like a dog to him, and that there are no scientific standards for drawing such outlines. The defense argued that the outline is necessary because the video equipment in the courtroom is not as good as what the expert has in the lab. It seems to me that if they can spend $2M on a trial, then they could rent a hi-res display for a couple of days. The judge wanted to consult Arizona Rule 702. Testimony by Experts :


If scientific, technical, or other specialized knowledge will assist the trier of fact to understand the evidence or to determine a fact in issue, a witness qualified as an expert by knowledge, skill, experience, training, or education, may testify thereto in the form of an opinion or otherwise.

This was amended last year to adopt the federal rule. The fact at issue, I guess, is whether Jodi had both hands on the camera as she was taking the picture, and no knife or gun. I question excluding the jury from this hearing. The jury ought to be told the arguments for and against reliability of the testimony. Anyway the prosecutor ended up conceding that Jodi did not have a weapon when she took the picture.

The picture was taken just a couple of minutes before the dropped camera picture, according to the metadata, and Jodi says that the dropped camera led to the fight that resulted in death. The right half of the above picture has Travis's eye magnified and enhanced, and the expert tried to draw in an outline of Joidi. It seems absurd to me to draw any conclusions about Jodi from it, but I guess the prosecutor was not willing to contest the expert.
Posted by George at 8:00 AM

When deciding whether or not to accept expert testimony, it does NOT have to be done in front of the jury.

In Daubert, the judge acts as the gatekeeper of sorts when determining whether a witness is allowed to testify as an expert or not.