Fathers have a crucial role 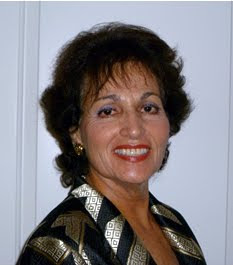 Offra Gerstein, Relationship Matters: Fathers have a crucial role in raising their sons

Fathers' participation in their children's day-to-day care has markedly evolved over the past 30 years. As male/female roles within the marriage have changed, men have shared greater child-rearing responsibilities and have greatly enhanced their children's lives.

Academically: The National Center for Educational Statistics reported, "When fathers were involved in their children's education, the kids were more likely to get As, enjoy school, and participate in extracurricular activities."

Emotionally: Dr. William Pollock, a Harvard psychologist and author of "Real Boys," found that "boys require the presence of a father to teach them what it means to be a man and how to manage their emotions. As we have seen, without the guidance and direction of a father, a boy's frustration often leads to varieties of violence and other antisocial behavior."

Jill Goldman and Marsha Salus found that rough-and-tumble play with fathers could help boys manage aggressive impulses and teach them to control their emotions during excitation.

Howard Dubowitz and associates found that "children who have close relationships with their fathers have a higher self-esteem and are less likely to be depressed."

Socially: The National Center on Addiction and Substance Abuse at Columbia University found that "children living in two-parent families who had only a fair or poor relationship with their fathers were at 68 percent higher risk of smoking, drinking, and drug usage than teens having a good or excellent relationship with dads."

Intimately: Jeffrey Rosenberg and W. Bradford Wilcox research findings state, "Fathers' affectionate treatment of their infants contributed to the babies' higher levels of secure attachment." This capacity enables the youngsters to form healthy relationships with friends and eventually with their future mates.

With all these benefits, fathers are privileged to have the power to enrich their sons, themselves and society as they enjoy the thrill of parenting their youngsters.

My only quarrel with this is that this article perpetuates the myth that only sons need their dads, and not daughters. In fact the research shows that girls need their dads just as much as boys.

In fairness to her, the headline was probably written by the newspaper, so I should not blame her for that.
Posted by George at 8:00 AM

Ok, so I guess now you've decided that many of the Jewish psychologists that are wrong and out to destroy fathers are right ?

I do not know whether Gerstein is Jewish or not. I am not accusing her of trying to destroy fathers.

That's my point, you are NOT accusing her, and a few other Jewish psycologists mentioned, of destroying fathers when you usually do.

History has shown that one of the biggest positive influences a boy can have on his life is having one single positive grown man who has lots to teach. I've noticed many young boys who grow up only with a mother (especially the ones that love to tell everyone how strong and independent they are) seem to have this out of wack balance of aggression and lack of emotional self control. Its as if they are attempting to be masculine but aren't quite sure how to do such.