All My Babies’ Mamas 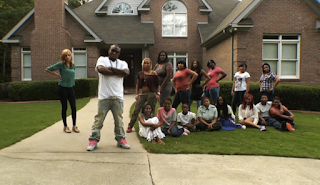 The Oxygen channel is a cable TV channel devoted to women's shows. It competes with Lifetime, TLC, Oprah OWN, etc. Here is the latest:

Oxygen is defending its reality special, All My Babies’ Mamas, which will focus on the life of rapper Shawty Lo as he juggles having 11 children by 10 different women.

A petition was started on Change.org to cancel the show, which has yet to air. Sabrina Lamb of New York started the petition and asked signers to “tell Oxygen that their viewers will not tolerate a show that exploits and stereotypes Black children and families.”

The petition has received over 15,000 signatures since its creation. ...

In an interview with Essence, Lamb, who works with underserved youth in the New York City area, said:

“To me, ‘baby’s mama’ is a slur. It’s denying the humanity of a child’s existence. Every child deserves to come into the world loved by two parents, safe and wanted. In the clip I saw, Lo [born Carlos Walker] couldn’t even remember the names of all of his 11 children. This is not funny to me. What’s funny about this?” ...

“I got an email from a 68-year-old White woman saying, ‘I am sick and tired of Black stereotypes.’”

The 36-year-old rapper, who is probably best known for his fight with T.I., not only has 11 children by 10 different women, but several of those children are around the same age as his 19-year-old girlfriend. He was 15 when his first child was born, and he now has nine daughters and two sons.

I am biting my tongue here so that I do not sound racist.

Actually, this does not offend me any more than Jersey Shore, Dance Moms, Toddlers and Tiaras, Dr. Phil, Honey Boo Boo, Steve Wilkos, etc.
Posted by George at 8:00 AM

70% of ALL black children live with their single mothers. How on earth are stereotypes bad?

It's just a picture.

"To me, ‘baby’s mama’ is a slur. It’s denying the humanity of a child’s existence. Every child deserves to come into the world loved by two parents, safe and wanted"

So sick of these black women of ours who don't seem to have a problem with the "slur" of single mother. Isn't avoiding marrying and divorcing (in HIGH #s) not a denial of the humanity of a child's existence