Mom speaks up for men 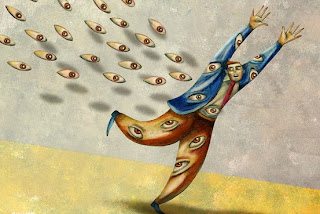 Lenore Skenazy has been called the World's Worst Mom for her Free Range Kids blog and her uncommon common sense about child rearing. She believes in unsupervised play, for example. I have recommended her before here and here.

Now she writes in the Wall Street Journal:

Last week, the lieutenant governor of Massachusetts, Timothy Murray, noticed smoke coming out of a minivan in his hometown of Worcester. He raced over and pulled out two small children, moments before the van's tire exploded into flames. At which point, according to the AP account, the kids' grandmother, who had been driving, nearly punched our hero in the face.

Mr. Murray said she told him she thought he might be a kidnapper.

And so it goes these days, when almost any man who has anything to do with a child can find himself suspected of being a creep. I call it "Worst-First" thinking: Gripped by pedophile panic, we jump to the very worst, even least likely, conclusion first. Then we congratulate ourselves for being so vigilant. ...

And that's not the worst. In England in 2006, BBC News reported the story of a bricklayer who spotted a toddler at the side of the road. As he later testified at a hearing, he didn't stop to help for fear he'd be accused of trying to abduct her. You know: A man driving around with a little girl in his car? She ended up at a pond and drowned.

We think we're protecting our kids by treating all men as potential predators. But that's not a society that's safe. Just sick.

This article, along with last week's advice from Tiger Mom Amy Chua, are currently the top two emailed articles on the newspaper site. I thought that those readers were more interested in currency exchange rates and pork belly futures.

These two views are quite a contrast. Chua and Skenazy probably agree on nothing about child-rearing, except that the conventional wisdom is wrong and that they can do better with their kids. They are courageous to publish their views, as they would have a hard time convincing the local CPS goons and idiots.
Posted by George at 8:00 AM

Email ThisBlogThis!Share to TwitterShare to FacebookShare to Pinterest
Labels: parenting