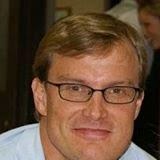 
Chris Mackney committed suicide on December 29, 2013 because his ex wife was using the divorce courts in America to TORTURE him and kidnap his children from him. He wrote a 4 page suicide note before killing himself.

LATEST UPDATE: The ex-wife is such a psychopath that is she trying to copyright her ex husband's suicide note, in order to prevent it from being circulated on the internet. She is using her lawyers to threaten legal action against websites that published Chris's suicide letter. She is trying to silence him, even in death.

The website "A Voice for Men" also got a letter from her lawyers and wrote an article about it yesterday:

I hate reading these stories. His Wash. Post obituary said:


Chris was an active and passionate advocate for spousal rights in the area of family law and made the world better by bringing awareness to this important element of modern society. His active blog www.goodmendidnothing.com provided education to others while documenting his real life experiences.

His blog is also dead now, and is taken over by a domain name reseller.
Posted by George at 8:00 AM

Thank you for posting this story. It bothers me deeply every time a parent commits suicide due to legal abuse from the family courts and parental alienation. It's time these abusers be held accountable and justice prevail.

People need to realize our courts are not courts of justice, but they're courts of law. That's a huge distinction that people need to understand, because when the law is corrupt, the entire system is corrupt. Reform is long overdue.

Hey all, I just finished a book on this saga, including the attempted copyright of the suicide note; it's entitled Bullied to Death: Chris Mackney's Kafkaesque Divorce: find it here, http://www.amazon.com/dp/B0149ERBBI