Sperm donor is not a legal parent 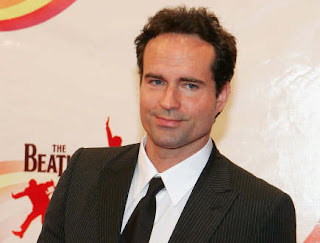 
Jason Patric is best known as the star of "The Lost Boys," a prince of Hollywood who has dated some of the most glamorous starlets of the past two decades.

But it's his role as a father that has most recently launched public scrutiny into some of the most private aspects of his life.

Watch the full story on "20/20: Famous Parents, Famous Problems" TONIGHT at 10 p.m. ET.
The trouble began three years ago, when his former girlfriend, Danielle Schreiber, asked him to help conceive a baby.

"I've been in a lot of relationships," Patric said in an interview with "20/20" anchor David Muir. "I was always worried about having a child. ... But I was with someone, and I was at a certain age, [with] someone that I trusted and I loved. And so I said, 'Well, we can try this route.'" 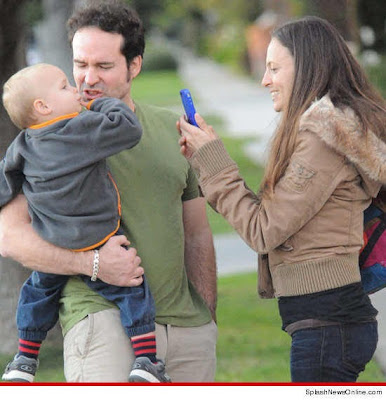 A year later, their son, Gus, was born through the miracle of in vitro fertilization.

For the next two years, Patric said, he was at the house every day.

"Absolutely," he said. "I play music. I scratch his back. I help him articulate his fingers. I speak Shakespeare into his ear, 'cause I think that he should know that one day."

But while the love for his son only grew, the relationship between Patric and Schreiber grew strained.

Patric had every intention that his parenting relationship with Gus would continue, he said.

Asked if he ever said he would help but didn't want to be the child's father, Patric said, "No."

Normally I would side with the dad and say that they should have joint custody. But Patric was not married to the mom, and failed to secure his legal rights when the child was born. He is not the legal father under California law, and the judge should have no discretion over the matter.

I always like The Lost Boys, as it was filmed in Santa Cruz and captures the spirit of the town's roller coaster, comic books, ageing hippies, batty women, and teenaged vampires.

Patric wants to change the law:


As a result of that case and others brought to his attention, state Sen. Jerry Hill, D-San Mateo, put forward legislation that would allow a man whose sperm was used to conceive a child through artificial insemination to seek parental rights if he can show a certain level of involvement in the child’s life.

Among the bill’s supporters are Equality California and the National Center for Lesbian Rights, which say the bill strikes the right balance by requiring a donor seeking parental rights to have lived with the child and presented the child as his own.

Opponents — including the state’s chapter of the National Organization for Women, Planned Parenthood, and the Academy of California Adoption Lawyers — say the measure is too broad and could unintentionally affect the rights of single mothers or same-sex couples who use sperm donors.

So there are lesbians on both sides of this issue, and they are bickering about how to best cut out dads from their kids' lives.

For the men out there who want to be a legal father, let this be a lesson. Get the necessary legal papers done in advance.

7613. (a) If, under the supervision of a licensed physician and surgeon and with the consent of her husband, a wife is inseminated artificially with semen donated by a man not her husband, the husband is treated in law as if he were the natural father of a child thereby conceived. The husband's consent must be in writing and signed by him and his wife. ...

(b) The donor of semen provided to a licensed physician and surgeon or to a licensed sperm bank for use in artificial insemination or in vitro fertilization of a woman other than the donor's wife is treated in law as if he were not the natural father of a child thereby conceived, unless otherwise agreed to in a writing signed by the donor and the woman prior to the conception of the child.

So Patric would be the legal father if they were married; otherwise he had to have the necessary paperwork in writing.
Posted by George at 8:00 AM

Apparently this hinges on California Family Code subdivision 7613(b), which makes an in vitro fertilization sperm donor not a father. This is a reasonable provision intended to protect all concerned (biological father, biological mother, and mother's spouse, if any).

He seems to have had some sort of case based on that Intended Parent document, which might have fit the exception in 7613(b). It's unclear why that didn't work or why he didn't appeal.

He could also have a case against the physician if the physician accepted his sperm and neglected to inform him of the potential legal consequences.

And of course, about a million natural fathers have had their parental rights abridged in court in cases in which 7613(b) did not apply.

Nope, the court ruled that's he's legally not the father, so no child support whatsoever.