Deadbeat mom is the untold story 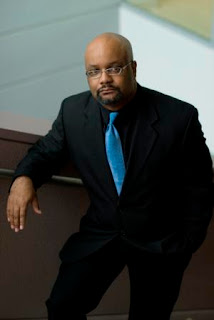 A reader sends this rant from a black professor:


Most of us know the narrative of the deadbeat dad: The man who shows up to make babies, but never comes by to take care of them. Maybe he doesn’t pay child support, doesn’t spend time with his children, or has more babies mamas than the local maternity ward. I get it, we’ve heard it. We know that horrible fathers exist, and that they should be confronted like the terrorists that they are to the black community.

But the untold story is that of the deadbeat mother. She often slips under the radar because the “N*ggers ain’t s**t” rhetoric drowns out the voices of her defenseless children who are suffering under her regime of blatant selfishness and irresponsibility. Like former North Korean Dictator Kim Jong Il, the deadbeat mom reigns supreme over the lives of her kids, seeing them as possessions rather than real human beings. The words “my babies” come out of her mouth like a pimp claiming hookers on the corner, or a farmer talking about a flock of pigs that he keeps in his barn. Her children have become a weapon.

When it comes to the deadbeat mom, the non-existent father never had a chance, as she straps on male gεnitalia and demands that people send her a Father’s Day card every year. In fact, the father might have been dismissed before the baby shower. Yes, she’s doing it all by herself, but doesn’t know the difference between raising kids and teaching them to be successful, productive and well-balanced human beings. Since her kids don’t complain about the psychological damage being done during the parenting process, she presumes that everything must be OK. ...

One man told me that he’d been required to pay child support for years, but that the courts wouldn’t even tell him where they were sending the money so he could track down the mother of his child in order to see his son. It appeared that his son’s mother had decided that she wanted access to his money, but was unwilling to share any of the parental power.

I now refuse to call a man a deadbeat dad unless it is shown that he had an opportunity to be a real dad. And I don't mean just sending money and birthday cards. And not just occasional visits. He should have an opportunity to direct the child's upbringing in a meaningful way. Otherwise I think that paying child support is wrong. It just encourages dependency.

Our welfare policies also encourage dependency in the black community. African-American women are especially prone to thinking that they do not need a man as permanent member of the household or as exercising authority over the kids. For the bad consequences, just look at Detroit.
Posted by George at 8:00 AM

I like this guy, he hits the nail on the head.

I think pigs come in herds. Chickens come in flocks.