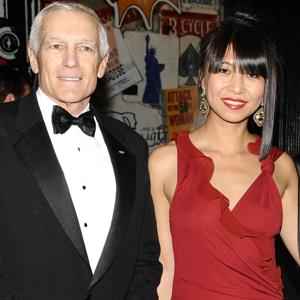 
Gen. Wesley Clark claimed he’s the victim of “general indignities” by his wife, in divorce papers that blame her for their marriage’s breakdown -- and not his alleged fling with a much-younger woman.

The 68-year-old former NATO Supreme Commander is filing for divorce in Arkansas against Gertrude Kingston Clark, in hopes of ending their 46-year marriage.

Clark cited “general indignities” for the reason behind the divorce, according to the Daily Mail.

Legal experts said “general indignities” is the equivalent of the standard, blame-less “irreconcilable differences” used in most states.

Arkansas divorces require the moving side to state reasons for the split.

Ah yes, general indignities. The wife resents him dating a girl less than half his age. No man should have to suffer such indignities. He is not running for President any more, and there is nothing like a hot young Chinese babe to feel young again.

Yes, someone filing for divorce must state a reason, but it is just boiler-plate buzz-words. The law allows anyone to bail out of marriage at any time and for any reason.
Posted by George at 8:00 AM