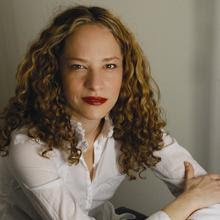 Katie Roiphe is a famous writer about the female angst of dealing with reality about being raised by a Jewish atheist feminist. Now she writes this NY Times op-ed:

In a season of ardent partisan clashing, Americans seem united in at least one shared idea: Single mothers are bad. A Pew Research Center poll on family structures reports that nearly 7 in 10 Americans think single mothers are a “bad thing for society.”

Conservatives obsess over moral decline, and liberals worry extravagantly — and one could argue condescendingly — about children, but all exhibit a fundamental lack of imagination about what family can be — and perhaps more pressingly — what family is: we now live in a country in which 53 percent of the babies born to women under 30 are born to unmarried mothers.

I happen to have two children with two different fathers, neither of whom I live with, and both of whom we are close to. ...

It’s useful and humbling to remember that no family structure guarantees happiness or ensures misery: real life is wilier and more fraught with accident and luck than that. ...

With the steep rise of children born to unmarried parents, America’s prevailing fantasies of family life no longer match the facts on the ground. ...

All of the liberal concern about single motherhood might more usefully be channeled into protecting single mothers, rather than the elaborate clucking and exquisite condescension that get us nowhere. Attention should be paid to the serious underlying economic inequities, without the colorful surface distraction of concerned or judgmental prurience. Let’s abandon the fundamentally frothy question of who is wearing a ring. Young men need jobs so they can pay child support ...


As WF Price points out, these feminist arguments always boil down to justifying their immorality and forcing men to pay more money.

Yes, single moms are bad for society. 70% of the public says so, and so do all the academic studies. Sometimes the obvious truths are correct.

Roiphe tries to explain away the obvious by saying silly things like "no family structure guarantees happiness". We don't need the NY Times to tell us that.

The purpose of the article is to argue for social policies that make the problem worse. She argues that we should abandon marriage, protect single moms, subsidize illegitimacy, and make men pay more child support. Those policies are what caused this problem in the first place.

Wonder how anyone got such a warped view? Roiphe's mom is a famous feminist who once upset the Jewish NY Times readers by writing that she was a Jew who preferred to celebrate Christmas with her various husbands:

A few years ago, The New York Times printed an article called ''Christmas Comes to a Jewish Home'' in which Anne Roiphe, the novelist and author of ''Up the Sandbox,'' celebrated the joys of Christmas trees, Dickens, singing carols and Santa Claus. She infused the article with a passion for her subject, told how one Passover, she heard the story of the plagues on the Egyptians and their fate in the Red Sea and out of sympathy for the victims left the table. ''And through eighteen years of combined marriages,'' she wrote then, ''there has always been in my house a Christmas, no longer any seders, no more High Holy Days at the temple, no masses, no born again conversions, just Christmas, a sacred event in our family life.'' The article brought an avalanche of letters of protest to The Times, which printed almost a page of them, charging her with ''tooth-fairy theology,'' suggesting she study ''Jewish texts rather than Frosty the Snowman.''

There are many things wrong with this picture. Jews who actually believe in Judaism support marriage. But for the Jews who write for the NY Times, being Jewish is an ethnic identity, not a religion. And they cleverly think up of contrived arguments for destroying the American family.
Posted by George at 8:00 AM

53% of babies born to women under 30 are born out of wedlock. Sad for the babies, and a good case for birth control availablility (but not out of my taxes!) Barbara

Birth control is already available to everyone. Even underage girls can get it free, without their parents' knowledge or consent.

I want to clarify my remarks to Dr. Angry Dad, since he called me out on my comments. I am not promoting a liberal agenda, just giving my own opinion. I am opposed to government funding of birth control, and wish less babies were born out of wedlock. I am unsure of the law regarding at what age "underage" girls can get free birth control without their parents' consent, but I hope it is not under 18. Barbara