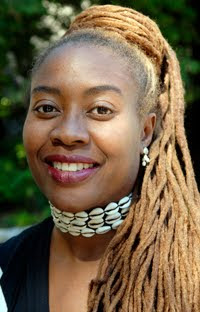 A local psychology professor died a couple of weeks ago, and now another one died:

Aaronette M. White, a professor of social psychology at UC Santa Cruz, who wrote and spoke widely about issues of race and gender, died of a cerebral aneurysm Aug. 13 at her Santa Cruz home. She was 51.

White was a gifted teacher who loved teaching and was beloved by her students, her family said. She was an exceptional scholar who believed in putting theory into everyday life. In July, White was named associate dean of equity and social responsibility for the UCSC Division of Social Sciences.

Named after her father, White was born in 1961 in St. Louis, the fourth of five sisters. According to her family, she began speaking out against injustice in elementary school, a trait she attributed to her mother and one she maintained for the rest of her life.

White earned her bachelor's degree from the University of Missouri, and her masters and doctorate from Washington University in St. Louis.

Again, I hate to speak ill of the dead, but my tax money pays for these creeps to brainwash the next generation with bogus hate theories.

UCSC has a lot of goofy jobs, but I did not know that they had an "associate dean of equity and social responsibility". She was not married and had no kids. She had her tubes tied.

Here is her web page, and you can see for yourself that it is all race-feminist politics, and is not advancing social science. Here is her main book:

Ain’t I a Feminist? presents the life stories of twenty African American men who identify themselves as feminists, centering on the turning points in their lives that shaped and strengthened their commitment to feminism, as well as the ways they practice feminism with women, children, and other men. In her analysis, Aaronette M. White highlights feminist fathering practices; how men establish egalitarian relationships with women; the variety of Black masculinities; and the interplay of race, gender, class, and sexuality politics in American society. ...

Feminism has succeed in destroying marriage among African-Americans. About 75% of all their babies are born out of wedlock.

This might be a question for these professors who study the psychology of rape. Is there any evidence of harm from such an incident? Is there any example of psychotherapy ever improving such a situation? I say that the answer is no, but I am open to being proved wrong. Show me the paper that says that I am wrong.

A reader says that he has more empathy than I do, because he says that the incident was not a minor incident. That is not empathy. That is just an opinion.

ABC TV 20/20 just showed an interview of Jaycee Dugard. There is a situation where a girl was really abused. The show said that she is in psychotherapy, reliving everything that happened. My guess is that the psychotherapy is making her worse.

My problem with the family court judge is that he issues orders every day that separate kids from their parents, and punish parents in other ways. These actions cause real measurable harm to kids on a daily basis. If he is going to be fired, he should be fired for that.
Posted by George at 8:00 AM

Is there any example of psychotherapy ever improving such a situation? I say that the answer is no, but I am open to being proved wrong. Show me the paper that says that I am wrong.

I think that you're aware that there's plenty of papers and studies that say you're wrong. The problem is that you're not open to being proved wrong. You've simply dismissed the author or the study whenever such has been posted after illiciting it.Stevenson's wide-ranging review of psychotherapy outcome (Stevenson, 1999) is not optimistic regarding the efficacy of treatment of the mental health problems of sexually abused children. Nevertheless, it has been argued that, given the diverse and enduring effects of sexual abuse on the mental health of some sexually abused children, psychological treatment may benefit those with symptoms by ameliorating or preventing medium- and long-term effects (Finkelhor & Berliner, 1995; Jones & Ramchandani, 1999).
Previous SectionNext Section

Is there any evidence of harm from such an incident? Is this a joke. Would you be happy if it happened to your daughter ? Would it bother you ? If so, why ?

I post the facts and let people make up their own minds. You refer to this 2002 British study. It concedes that "There is no rigorous study of the efficacy of psychotherapy in sexually abused girls", and that there is often spontaneous remission without any therapy. The study claims that individual therapy is better than group therapy by some measures but not others.

The study did not look at anything comparable to the incident of the NY judge, as that would have been too trivial.

Is there any example of psychotherapy ever improving such a situation? I say that the answer is no
Results

Believe what you want. Answer whatever you want to answer.

Would you be happy if it happened to your daughter ? Would it bother you ? If so, why ?

Yes, of course the psychological wounds got better over time. They would have healed even faster if no one was pouring salt in the wounds.

I would object to this happening to my daughter. But it would be trivial compared to the pain that judges and psychologists have inflicted on her.

You'd "object" to it hppening to your daughter. I guess that it would bother you ? I'd guess it would bother her. Maybe she wouldn't consider it "minor" or "trivial" like you do.