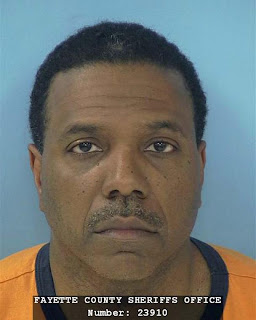 Even before controversial megachurch pastor Creflo A. Dollar Jr. released a statement Friday denying he assaulted his 15-year-old daughter, the College Park minister's legion of supporters rushed to his defense.

"It's just something that's been blown out of proportion," said Randi Garrett, a longtime member of Dollar's World Changers Church International. "Kids misconstrue things, and they take them out of context."

But Fayette County Sheriff's deputies say they found ample evidence to charge the prominent televangelist and author with simple battery, family violence and cruelty to children.

Dollar's 15-year-old daughter alleged her father grabbed her by the throat in the family's home on Sandy Creek Road in Fayette County, pushed her to the ground and then beat her with his shoe, according to the incident report.

While this guy's preaching and parenting practices appear dubious, this incident seems harmless to me. The girl was not hurt and did not require medical attention. There is no accusation that this is part of a pattern of abuse.

Many 15yo black girls are on drugs, pregnant, or runaways. She probably needed some discipline. How her dad did this is none of anyone business, as long as no one was hurt. If she becomes a juvenile delinquent, will people also be blaming him for that?

Some people will probably say that a Christian preacher should not have to hit is daughter, and that he is some sort of hypocrite if he does. Especially a black man who drives a Rolls Royce. But we have no idea what was really going on. I think that the cops overreacted to a petty complaint.
Posted by George at 8:00 AM

I can't tell if this blog is about family law anymore or just a new mouthpiece for the Westboro Baptist Church and/or David Duke.

"Many 15yo black girls are on drugs, pregnant, or runaways. She probably needed some discipline."

Wow. From homophobic rants to racist justification of child abuse.

You're a real f*cking winner.

So the homophiles from the earlier thread have decided to camp out here?

"Wow. From homophobic rants to racist justification of child abuse. "

Now that you realize that he is against the whole union of the dysfunctionals, you should bring out the liberal "ist & phobic" dictionary to make it more interesting.

you guys need to connect this blog site to StormFront. Check them out.

if what she says is true: she was grabbed by the throat, thrown to the ground, and beaten with a shoe, that's a petty complaint?

Again, if it's true.

And if it is, then you're a sicker piece of work than I originally judged you for.

As for the knuckle-dragger at 1:45, wow, you can write?! Where's your evidence black girls mature earlier? Are you an MD or physiologist? You DO know what a physiologist is, don't you? Look it up in the dictionary if you don't, there's a good little pointy headed boy. Always wondered how the klan kept those dunce caps on their heads.

There is plenty of evidence that black girls mature earlier. You don't need to have an MD. Just go visit your local junior high. Or read the health news, such as this: Black and Hispanic girls continue to mature faster than white girls, on average, and 23 percent of the 7-year-old black girls had started puberty. Of course I am using the word "mature" in the sense of puberty, and not in terms of responsible behavior.

lol, "knuckle-dragger." The haters are keepin' it classy.

looks like whatever environmental factors affecting black girls is affecting whites as well, they're catching up whereas the blacks and hispanics show no statistically significant increase in onset over the course of the study. As for the playground, that's subjective and bias based on your own racism.

You avoided the more important issue: grabbing a kid by the neck, throwing them to the ground, and hitting them with a shoe is something I believe most reasonable people would consider assault and battery. This isn't spanking, which btw I believe is OK within reason.

You really should check into Stormfront and have this blog linked in there. Along with the rest of the white supremist movement in this country. You fit right in.