The hysteria of modern witch trials 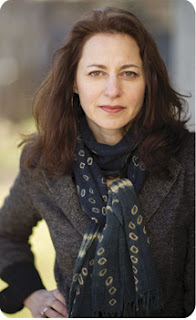 The writer of the story in question, Rolling Stone contributing editor Sabrina Rubin Erdely, is from Philadelphia. Before she bought Jackie's story, she fell for a story told by a former altar boy dubbed "Billy Doe" by a grand jury.

In Rolling Stone, it seems rape is bigger than rock. On Sept. 15, 2011, Erderly wrote a story for Rolling Stone that accepted as gospel Billy Doe's fantastic claims about being passed around as a rape victim among two priests and a school teacher. [The Catholic Church's Secret Sex-Crime Files.] In Erdely's defense, she, like many other members of the media, made the mistake of relying on an intellectually dishonest grand jury report containing more than 20 factual errors.

Attention Rolling Stone: if you think the factual discrepancies in Jackie's story are "deeply unsettling," wait till you read all the factual discrepancies in Billy's story, documented for the past two years on this blog. Sadly, the stakes here are a lot higher than in Virginia, where none of the alleged attackers have even been outed. In Philly, three priests and a school teacher wound up going to jail over Billy's story, which has since unraveled. One of those priests died in prison last month after he spent his last hours handcuffed to a hospital bed while suffering from untreated coronary disease.

Yes, a couple of priests were convicted by jury trials, but that does not convince me.

It was the early 1990s, when a cottage industry of therapists, authors and investigators argued convincingly — and, in hindsight, absurdly — that a national network of secretive cults was preying upon day care children for sex and other horrors.

Despite a vigorous investigation in the Keller case, at least four law enforcement agencies found no proof of satanic activity. Even so, Travis County prosecutors presented enough other evidence to convict the Kellers of sexually assaulting a 3-year-old girl in their care. Both were sentenced to 48-year prison terms.

“We were bullied and assaulted pretty much the entire time,” she told the American-Statesman. “Other inmates, they’d scream at you while assaulting you, yelling, ‘You want to do this to children? Well, we’ll do it to you.’”

Denied parole three times, the Kellers won early release last year when the criminal case against them collapsed. The only physical evidence of sexual assault was found to be a mistake…

Oscar O'Reilly argues The Bill Cosby Rape Scandal Is Just Another Example Of Modern Hysteria, and compares to the Salem witch trials.

This Rolling Stone story was an outright hoax. No fraternity party took place on the alleged date. The fraternity did not have any members who worked as a lifeguard, as alleged. It does not even have new member initiations that time of year. The article says wildly implausible things like: "One flung a bottle at Jackie that broke on the side of her face, leaving a blood-red bruise around her eye."

A beer bottle hit her face and the bottle broke, leaving only a bruise?! Is that even physically possible?

Even the magazine’s apology seemed to backfire. The note to readers initially said that Rolling Stone’s trust in Jackie was “misplaced” — which some read as criticizing Jackie and undermining her story. This weekend, as it faced further criticism for that characterization, it quietly changed the note to say that it was “mistaken in honoring Jackie’s request to not contact the alleged assaulters to get their account.” It also said, “These mistakes are on Rolling Stone, not on Jackie.”

So RS is refusing to admit that the story is false. There is no retraction and no apology, except to say that more fact-checking should have been done.

The feminists at NPR radio are still arguing for Jackie's allegations:

Emily, first we should say you know the victim, the woman identified as Jackie. She told you this story when you were with a campus support group. Now, Rolling Stone has said that their trust in her was misplaced. And I'm quoting there. Do you doubt her story?

EMILY RENDA: No, I don't. I think that there are some larger complexities at play here. There's a lot of good research, you know, citing Dr. David Lisak and Dr. Rebecca Campbell that suggest that traumatic memories are stored differently in the brain. And so as a result, they're brought out by the brain different as well. So through none of this process have I ever disbelieved Jackie. Have I believed that details may change shape over time because of the nature of trauma? Absolutely.

MARTIN: Have you spoken to her - Jackie - since the news broke?

RENDA: I have. You know, I never feel entirely comfortable speaking on somebody else's behalf. But I'll say that this is very overwhelming. And I know that even just personally as a survivor, I knew that when people questioned me, that was pretty traumatic. And so I can't imagine what it's like to have the national news media outlet that you trusted for months, who attempted to convince you to stay in the story on multiple occasions, all of a sudden turn its back on you and kind of take the entire country down a road of doubting you. That's got to be incredibly traumatic.

So somehow we are supposed to still believe Jackie, even tho her story is contradicted to all the ascertainable facts.

The obvious inference here is that feminist women are unable to communicate on a factual level. They just give emotional responses and arguments, and do not even understand that truth is based on facts and that many facts can be objectively verified. Not all women suffer from this problem, as the YouTube channel Factual Feminist is able to give a fact-based discussion of some controversial issues. But that is the exception.

Update: This article summarizes evidence that the main factual claims of the Rolling Stone article have been proved incorrect, and concludes:

The wildly poetic moralizing by Sabrina Erdely is based on feminist fantasies about how “rape culture” permeates universities across the country, and has no basis in reality whatsoever. The hysterical fight against this imaginary “rape culture” is a desperate attempt by a dying feminist movement to regain relevance in a world that hasn’t needed their activism in decades.

Sabrina Erdely and Rolling Stone are not just grossly negligent and wildly incorrect in their reporting, they must be pursued by relentless litigation for libel and defamation of character for the institutions and individuals involved in this story.

After reading the claims made by Sabrina Erdely and Rolling Stone, and reviewing the evidence, can their continued existence in a media capacity be tolerated?

No, there will be no libel and defamation lawsuits because the legal system makes those suits impossible to win, because anyone suing would suffer worse adverse publicity as the feminist press would gang up on him, and because dumb female jurors are unlikely to understand the facts.

It is telling that Rolling Stone is unwilling to even stick to a statement that Jackie misled them. And the magazine has not admitted that it published a hoax.

Update: Lena Dunham's memoir alleges that she was raped by the campus conservative, and her publisher now suggests that was also a hoax, as it pays off the likely suspect. Sick, sick, sick.
Posted by George at 8:00 AM

Email ThisBlogThis!Share to TwitterShare to FacebookShare to Pinterest
Labels: abuse