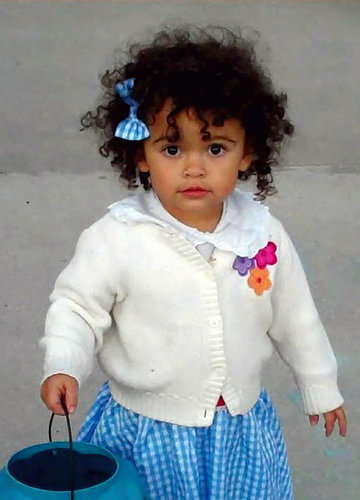 I posted before about the Baby Veronica Cherokee child custody case before the US Supreme Court, and now that case has been decided. A South Carolina court had given custody of a child back to his Cherokee dad, based on a federal law protecting Indian parental rights. A 5-4 majority decided that this was incorrect, thereby allowing the child to go back to the adoptive parents.

The adoptive parents had the girl for her first two years, and then the dad for the next couple of years, so the state may not make another change.

Normally federal courts refuse to hear these issues because of the so-called domestic relations exception. As J. Thomas explains:


This case arises out of a contested state-court adoption proceeding. Adoption proceedings are adjudicated in state family courts across the country every day, and “domestic relations” is “an area that has long been regarded as a virtually exclusive province of the States.” Sosnav. Iowa, 419 U. S. 393, 404 (1975). Indeed, “[t]he whole subject of the domestic relations of husband and wife, parent and child, belongs to the laws of the States and not to the laws of the United States.” In re Burrus, 136 U. S. 586, 593–594 (1890).

Thomas would have declared the whole federal law unconstitutional, and he might be right about that. My concern here is that 8 of the 9 justices showed no concern for fathers rights. This was an adoption against the wishes of a willing and fit natural father, and he should have gotten the baby whether he was Indian or not.

Only J. Scalia made an argument based on parental rights:


The Court’s opinion, it seems to me, needlessly demeans the rights of parenthood. It has been the constant practice of the common law to respect the entitlement of those who bring a child into the world to raise that child. We do not inquire whether leaving a child with his parents is “in the best interest of the child.” It sometimes is not; he would be better off raised by someone else. But parents have their rights, no less than children do. This father wants to raise his daughter, and the statute amply protects his right to do so. There is no reason in law or policy to dilute that protection.

He is exactly right. Unfortunately none of the other 8 justices agreed with him.

It is sometimes suggested that parental rights could be established by getting a suitable case into federal court, and somehow getting it up to the US Supreme Court. I do not believe this will happen.

The adoptive mom claims to have a PhD in developmental psychologist. The subtext is that she would be a better parent than some Cherokee Indian wife. Not to me -- psychologists make horrible parents.

The dissenting liberals did favor the dad retaining custody of his child, but did so largely out of an effort to uphold Congress's power to micro-manage Indian affairs. They did say:


There is nothing “bizarre,” ante, at 14, about placing on the party seeking to terminate a father’s parental rights the burden of showing that the step is necessary as well as justified. “For ... natural parents, ... the consequence of an erroneous termination [of parental rights] is the un­necessary destruction of their natural family.” Santosky, 455 U. S., at 766.

The majority also protests that a contrary result to the one it reaches would interfere with the adoption of Indian children. ... This claim is the most perplex­ing of all. A central purpose of ICWA is to “promote the stability and security of Indian ... families,” 25 U. S. C. §1902, in part by countering the trend of placing “an alarmingly high percentage of [Indian] children ... in non-Indian foster and adoptive homes and institutions.” ...

Without doubt, laws protecting biological fathers’ paren­tal rights can lead—even outside the context of ICWA—to outcomes that are painful and distressing for both would­ be adoptive families, who lose a much wanted child, and children who must make a difficult transition. See, e.g., In re Adoption of Tobias D., 2012 Me. 45, ¶27, 40 A. 3d 990, 999 (recognizing that award of custody of 2½-year-old child to biological father under applicable state law once paternity is established will result in the “difficult and painful” necessity of “removing the child from the only home he has ever known”). On the other hand, these rules recognize that biological fathers have a valid interest in a relationship with their child. See supra,at 6. And chil­dren have a reciprocal interest in knowing their biological parents. See Santosky, 455 U. S., at 760–761, n. 11 (de­scribing the foreclosure of a newborn child’s opportunity to “ever know his natural parents” as a “los[s] [that] cannot be measured”). These rules also reflect the understanding that the biological bond between a parent and a child is a strong foundation on which a stable and caring relation­ ship may be built. Many jurisdictions apply a custodial preference for a fit natural parent over a party lacking this biological link. ...

The majority casts Birth Father as responsible for the painful circumstances in this case, suggesting that he intervened “at the eleventh hour to override the mother’s decision and the child’s best interests,” ante, at 16. ... It bears remembering, however, that Birth Father took action to assert his paren­tal rights when Baby Girl was four months old, as soon as he learned of the impending adoption.

This does show that the majority is hostile to parental rights.

As I write this, I have not seen the long-awaited same-sex marriage decisions. While the major news media will be celebrating the advance of the LGBTQIA agenda, I will look to see what the opinions say about parental rights and implications for child-rearing.


But beyond all the dates and rules, it is bizarre to place a baby with strangers when a natural parent is willing and able to take her. This is an extremely anti-parent ruling.

No, it's anti sperm-donor. This "natural parent" said via text message that if he had to support the kid, he would rather give up his parental rights. This "natural parent" then later signed adoption papers giving up his rights. Then (if you believe his version) changed his mind when he found out who was going to get the kid.
Perhaps these actions did not comply with the ICWA rules, but "beyond all the dates and rules," we had someone who had no interest whatsoever in the kid for years, made no effort to see the kid or support her in any way. The so-called "strangers" were the only parents the girl has ever known.

Text message? Is he joking? So the poor girls is to be condemned to growing up without a father because of an impulsive text message?

No, our legal system does not rely on text messages for such a drastic decision. We need a summons, process server, proof of service, full disclosure, personal appearance in court, etc. In many states, the mom has 30 days to change her mind, even after all that.

The law provided a way of unambiguously extinguishing the parents' rights, so the adoption can proceed. In particular, it involves informed consent and court process. These rules were not followed. And yet the court finds excuses for taking the baby girl away from her dad anyway.

The NY Times says that this decision does not resolve the case, and Veronica's future is as uncertain as ever:


Family courts ordinarily base custody decisions on the best interests of the child before them. Joan Heifetz Hollinger, a law professor at the University of California, Berkeley, who filed a brief in support of the child’s interests, said that if the State of South Carolina holds a custody hearing for Baby Veronica that “there would be strong presumption that the child’s best interests are to allow her to remain where she is, absent evidence of abuse or neglect by dad.”

“If, however, the court resumes the original adoption proceeding,” she said, “the outcome is likely to be in favor of a return to the adoptive parents.”

This is crazy. How does some Berkeley law professor presume to speak for the interests of some 4yo child she has never met? That brief said:


This Court has never extended constitutional protections to unwed fathers based solely on biology. Rather, a state must provide parental rights only to those unwed fathers who have “demonstrate[d] a full commitment to the responsibilities of parenthood.” Lehr, 463 U.S. at 261. ...

Many states have also established putative father registries to facilitate notice to unwed fathers. These registries, enacted in 24 states, require a man who believes he may have fathered a child out of wedlock to promptly document and acknowledge paternity or the possibility of paternity. ...

As evidenced by the South Carolina court’s decision in this case, if ICWA’s definition of “parent” does not incorporate state law, the laws of more than 30 states will be preempted. Exercising their traditional legislative power over domestic relations, these states have made a policy judgment that when an unwed biological father has not provided support to the unwed mother and child, he should have no right to object to the mother’s decision to place the child for adoption. This Court should not interpret ICWA to preempt these state laws as applied to unwed Indian fathers.

This is ridiculous. The Cherokee dad was engaged to the birth mom. She knew who he was, and had an obligation to put him on the birth certificate. There is no need for a father registry. This brief says federal law requires dads to have child support responsibilities based on biology, but no rights based on biology.

Even if we assume that the dad lawfully lost his rights as a result of a text message, or failure to sign a father registry, or some other technicality, you still have to explain why it is better to give Baby Veronica to complete strangers, rather than a natural dad (and his wife) who are willing and able to take her. That is what the 5-4 Supreme Court majority did, and the decision is cheered by law professors who claim to believe in the BIOTCh (best interests).
Posted by George at 5:00 AM