At one time, Catholic schools only hired Catholic teachers. Now that is considered illegal discrimination, but the private schools can still refuse to hire teachers who are openly mocking Church doctrine. That means that they could fire a lesbian artifically-inseminated teacher.

Not any more. An Ohio newspaper reports: 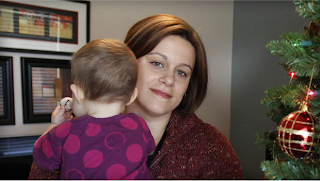 A Catholic-school teacher who was fired after she became pregnant through artificial insemination won her anti-discrimination lawsuit against the Roman Catholic Archdiocese of Cincinnati yesterday and was awarded more than $170,000.

A federal jury found that the archdiocese discriminated against Christa Dias, who taught computer classes, by firing her in October 2010. ...

The jury said the archdiocese should pay $51,000 in back pay, $20,000 in compensatory damages and $100,000 in punitive damages. Dias had sued the archdiocese and two of its schools; the jury didn’t find the schools liable for damages. ...

I am guessing that most of my readers have no moral objections to lesbians getting artificially inseminated, and teaching in the schools. That sort of thing is celebrated in this California beach town where I live. But shouldn't parents have the right to teach their own moral values to their kids, and to send them to a private school where their morals will not be openly mocked?

I hate to keep writing about these LGBTQIA issues, but even the Catholic Church cannot escape them. The American nuclear family has been dismantled, and your kids will be taught that it is normal for a woman to become a lesbian and be artificially inseminated. You will not be able to escape the intolerance of the gay lobby, even if you send your kids to private Catholic schools.

If I do not fully appreciate lesbianism, the movies will force it:

The Cannes prize was given to Mr. Kechiche just hours after masses of French demonstrators poured into the streets of Paris to protest France’s new law allowing same-sex marriage and adoption. ...

And Mr. Kechiche told Reuters, “Everyone who is against same-sex marriage or love between two people of the same sex must see the film.” ...

On the Riviera in May, the critics gushed. The graphic sexual encounters were so magnificent, The Guardian wrote, that “they make the sex in famous movies like, say, ‘Last Tango in Paris,’ look supercilious and dated.”
The Hollywood Reporter said the film would surely “raise eyebrows with its showstopping scenes of nonsimulated [sic] female copulation.”

Is this a joke? Did Last Tango in Paris persuade you of the merits of the behavior in that movie? Follow the link if you want spoilers; I'd rather not summarize them here.

I got the Catholic story from the Spearhead, which also comments on some anti-man NY Times propaganda:

Not long ago, there was a trend of women using estrogen during and following menopause, and while this was later found to contribute to some health risks, not once were women accused of “abusing” the female hormone. In fact, use of estrogen was widely praised and recommended in all sorts of media outlets.

But now that we have older men doing the equivalent, it constitutes a problem. This is because masculine characteristics, in our culture, are seen as inherently problematic, whether they be men’s sexual preferences, personality characteristics or work habits. Testosterone is seen as a culprit in many of these masculine behaviors and proclivities, so it’s bad, right? ...

And finally, it’s amazing that the Times has the chutzpah to cast aspersions on ordinary men’s use of T when it so happily endorses “gender reassignment” procedures for men, which require enormous doses of hormones in addition to risky surgery.

He is right. To the NY emo leftoid mentality, being manly is a disease.
Posted by George at 8:00 AM