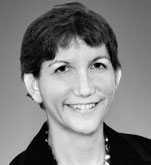 My view is that we have a great deal more to worry about from stranger-rape victims who inadvertently misidentify their assailants than we do from acquaintance-rape victims who invent a rape that did not take place. One’s view on the risks of believing the sworn testimony of an accuser over that of an accused will depend on how frequently one thinks that such false claims of rape are made. If, as Lord Matthew Hale believed, “rape…is an accusation easily to be made and hard to be proved, and harder to be defended by the party accused, tho never so innocent,” then we would want to be very cautious about allowing any serious consequences (such as the loss of parental rights or of liberty) to turn on a so-called “swearing contest” between the alleged victim and the alleged perpetrator. ...

Furthermore, it seems fanciful to imagine that many mothers will falsely accuse the fathers of their children of rape simply to avoid the prospect of paternal visitation. And to the extent that some mothers actually do so, placing a burden on the woman’s side of the case to prove the rape by a preponderance of the evidence will permit the fact-finder to reach the more-likely-than-not correct resolution to the custody and visitation questions.

What she is trying to say is that moms should be able to win sole custody by making a rape claim to a family court judge years later.

Politicians get in trouble for saying this, but pregnancy rarely results from a genuine rape. The woman reports it promptly to police, gets a medical exam, and gets treatment to make pregnancy impossible.

Regardless, criminal accusations do not belong in family court. There is a reason that criminal and civil courts are separate. If someone wants to make a charge of domestic violence, rape, or any other crime, let her make it in criminal court where the object is guilt or innocence.

The trouble with family court judges is that they have no idea whether the accusations are true or false, but give child custody to the mom as being prudent in case they are true. The women thus has a big incentive to make false accusations, and she almost never suffers even if she is proved wrong. I have seen women benefit again and again from ridiculously implausible accusations with no evidence.

Colb says "fanciful to imagine"! She should just drop into her local family court where moms make false accusations to win custody every day.
Posted by George at 8:00 AM

What she is trying to say is that moms should be able to win sole custody by making a rape claim to a family court judge years later.

This is not at all "what she is trying to say". I suggest readers check out the link and FULL STORY.

She's referring to chldren that were born as a result of rape, not women who share children with fathers, then try to gain full custody by claiming false rape.

No, she is specifically referring to the situation where the man has not been charged or convicted of rape. There is no legal determination of a rape, but the woman makes the accusation years later anyway.

"Assuming that the law aims to divest rapists of parental rights with regard to the children of their rapes,"

Readers, forget about what
George is saying she is "trying to say" and read the entire article.

She's referring to chldren that were born as a result of rape, not women who share children with fathers, then try to gain full custody by claiming false rape.

George left out the title for some reason ?

Do Rapists Have the Right to Parent Children Conceived in Rape?

I quoted the article, and linked to it, so people would read what she has to say. The whole point of her article is to express her opinion about how the family court should deal with rape accusations that had not been adjudicated.

You explained what she was trying to say, and said
she wasn't referring to chldren that were born as a result of rape, which is the truth.

I find many information, and now I just want to let you know I really like to read your posts!. One’s view on the risks of believing depend on how frequently one thinks that such false claims of rape are made.I can see you are an expert at your field! and your info will be quite fascinating for me.. Thanks for all your assist and wishing you all the success.