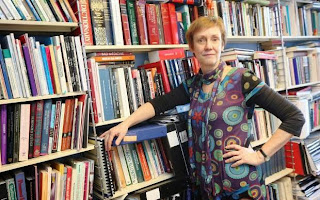 
Battered women are morally entitled to kill their abusive partners, even those who are passed out or asleep, says a respected University of Ottawa law professor.

Elizabeth Sheehy raises the provocative idea in her new book, eight years in the making, called Defending Battered Women on Trial. It will be published Dec. 15 by UBC Press.

“Why should women live in anticipatory dread and hypervigilence?” she writes in the book’s concluding chapter. Would it not be just, Sheehy asks, “to shift the risk of death to those men whose aggressions have created such dehumanizing fear in their female partners?”

In an interview with the Citizen, Sheehy — who received a prestigious award from the Canadian Bar Association for her scholarship on women and the law this summer — answered that question in the affirmative.

Battered women can justly kill abusive partners “because a woman in that circumstance has already lived in captivity,” she said. “She’s already lived in a form of imprisonment and enslavement in a relationship like that.”

Sheehy likened women in abusive relationships to prisoners of war. “We would never say of a prisoner of war that it’s not just that she or he kill their captor to escape. It is just to kill to escape that kind of enslavement.”

A Voice for Men explains what is wrong with this, if it is not obvious.

I am not sure that it is even accepted that prisoners of war can kill their captors. Prisoners have rights under the Geneva Convention, and killing is not one of those rights.
Posted by George at 8:00 AM

children's advocacy groups overstep and become even more hysterical with each passing year:


This norad thing is propaganda to teach kids how important the military industrial complex is.

and its our tax dollars being used to spend more tax dollars, its disturbing unless you make money off the defense industry in which case it is important.