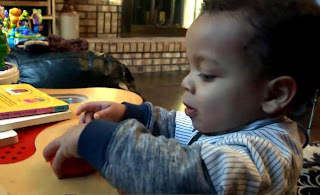 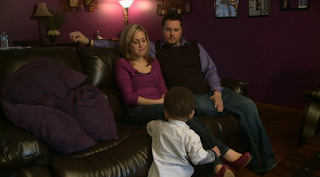 A minor airline dispute has gotten a lot of publicity. The mom was on CNN TV saying that a year in prison is not enough punishment for the perp. Here is her story:


Jessica Bennett, the mother of the toddler who was slapped on a plane trip has decided to speak out to the media.

Mrs Bennett appeared on ABC on Sunday morning to talk about what pushed an Idaho man by the name of Joe Rickey Hundley to leave his seat and approach her 19-month old son Jonah telling them “Shut that n-word baby up” and slapping him across the face.

The incident took place on February 8th on a Delta flight from Minneapolis to Atlanta.

Bennett revealed that Joe Rickey Hundley was drunk, smelled of alcohol and almost fell on her while he was hitting the child who was crying because of air pressure. ...

The reporter asked Jessica Bennett how was she able to remain calm during the ordeal – she answered by saying that she was scared and froze – her husband Josh Bennett on the other hand shared that he would have snapped at the stranger for slapping his son.

Slapping his son? Look at the pictures. The child is not his son. No DNA test is needed.

This is only a national story because of use of the N-word. Have we really gotten that sensitive?

I am curious as to why we have to rely on this woman's story. If the man's behavior was so outrageous, then it was surely observed by other passengers. Without such testimony, this should not be news.

Wooten, who was seated in row 16, said he heard derogatory language coming from the rear of the aircraft and witnessed Hundley slapping the child.

There are also witnesses on the plane who claim they heard “derogatory” remarks coming from the rear of the plane.

ALBUQUERQUE (KRQE) - There were tense moments on a Southwest jet from Dallas, Texas to Albuquerque, New Mexico on Monday after a mother slapped her crying baby during the flight, according to witnesses.

So … did the mother slap her child, or did this Joe person slap someone else'd kid "across the face"?
I'm confused!

Last week, this "Joe person" slapped someone else's kid. 2 1/2 years ago a mother slapped her own baby on a plane and it made the news too.

Obviously, the reason it made the news wasn't for the reason George said it was. It had little to do with the use of the N word, it had to do with someone slapping a baby on a plane.

"Not his son"??? Have you ever heard of adoption, you asshole?

Adoption is a possibility. The article does not say, and the husband has been quiet.

Jessica Bennett and her husband are white; their adopted son is black. John Thompson, the Bennett family attorney, said in a CNN interview the parents knew they would have to discuss the race issue but never expected to deal with anything this early in Jonah's life.

I posted the 1st and 3rd comments and want you to know that although I might disagree with a person sometimes I would never resort to name calling.

Thanks for this info. This story was reported as a racial story, and my sources did not even mention the interracial adoption.

I don't think that it was a racial story as the racial issue/aspect of the story wasn't in the headline, and there's been stories of people slapping babies on planes making national news in the recent past, as noted in the above comment. It's a major part of the story.

I happened to see this story on CNN TV, and the N-word seemed like the main part of the story.

Yeah, I saw that too and you're right, they did focus on the N word. I just think that the racial issue may have made it a bigger story, but without the N word being involved, it would have made the news anyway. It's ahrd to say, though.