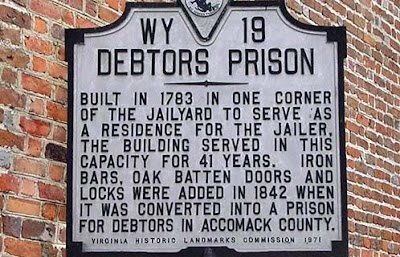 It may not be a crime to be poor, but it can land you behind bars if you also are behind on your child-support payments.

Thousands of so-called “deadbeat” parents are jailed each year in the U.S. after failing to pay court-ordered child support — the vast majority of them for withholding or hiding money out of spite or a feeling that they’ve been unfairly gouged by the courts.

But in what might seem like an un-American plot twist from a Charles Dickens’ novel, advocates for the poor say, some parents are wrongly being locked away without any regard for their ability to pay — sometimes without the benefit of legal representation.

The article drew thousands of comments, such as these:

The whole child support system stinks, as does family court, in general. You look at rich people ordered to pay $50,000/month to support a kid. That should be a criminal order as no kid requires that much to live on in a year.

Then you have the cases like these, where the parents truly can't pay, especially ones with a long track record of paying, and they are sent to jail. ...

What all of you fail to see is that CS is a fallback for irresponsible women who do not know how to keep their legs closed. Yes, the male is part of the problem, but the female 'allows' this man to 'insert' something in her. So for the most part, she is truly responsible for the decision of intercourse. You want to reduce welfare, abolish child support, convert custody into a 50/50 by default system.

Also, this notion that CS has to increase because the NON gets a pay raise is rubbish. Why doesn't the custodial get a better position? Also, do the necessities somehow go up in price when people get pay raises... obviously no. So why does support have to go up? Prices for things for the most part stay static. And let's also include this biasness that women are defaulted as the custodial... which in it self is sexist beyond belief.

CS is a sham... gay marriage doesn't destroy families... CS and the family court system does.

The article says Georgia officials claim that "state's judges use incarceration sparingly," which is not true. There was a Georgia guy named Hatley in the news a couple of years ago for being wrongly imprisoned for child support. The local newspaper said Hatley was one of 32 men and 13 women being held in the county jail for child support (in a county with a population of 13,400 -- do the math).
Posted by George at 8:00 AM

How To Turn A Free People Into Slaves


” We don’t say a citizen was incarcerated without trial or charge for debt he could not possibly pay and did nothing to incur; we say he “didn’t pay his child support.” These clichés and jargon inure us to tyranny.

According to an Urban Institute study, less than one in 20 non-custodial parents who suffer substantial income drops are able to get courts to reduce their child support payments.

Washington political analyst Stuart Miller explains: As many as one-third of the inmates in many county jails are there in the first place because of child support noncompliance.