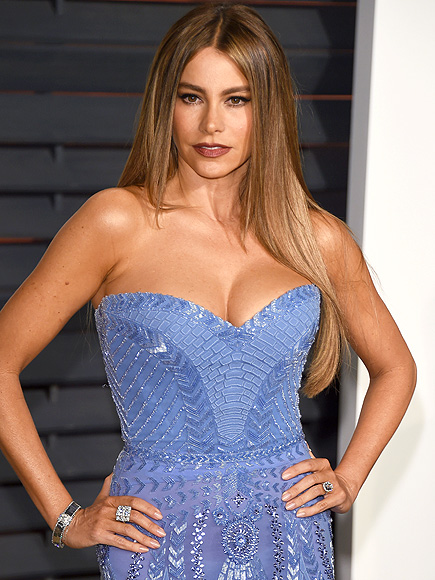 The popular TV sitcom Modern Family is the modern replacement for older family shows like Leave It To Beaver. The main difference is that we have crazy mixed up gay couples and other weirdos instead of a nuclear family.

Maybe Hollywood is just ahead of us with their anti-family liberal narcissism. A Columbian-American actress in this sitcom, and in a new movie in the theaters this week, has some personal drama that is as ridiculous as the nonsense on the show.

43-year-old Sofía Vergara wanted a husband and a baby, but she didn't want to pregnancy to interfere with her career as an actress playing a domestic role. Her ex-fiance Nick Loeb writes:


When we create embryos for the purpose of life, should we not define them as life, rather than as property? Does one person’s desire to avoid biological parenthood (free of any legal obligations) outweigh another’s religious beliefs in the sanctity of life and desire to be a parent? A woman is entitled to bring a pregnancy to term even if the man objects. Shouldn’t a man who is willing to take on all parental responsibilities be similarly entitled to bring his embryos to term even if the woman objects? These are issues that, unlike abortion, have nothing to do with the rights over one’s own body, and everything to do with a parent’s right to protect the life of his or her unborn child.

In 2013, Sofía and I agreed to try to use in vitro fertilization and a surrogate to have children. We signed a form stating that any embryos created through the process could be brought to term only with both parties’ consent. The form did not specify — as California law requires — what would happen if we separated. I am asking to have it voided.

My lawyers have identified 10 other cases in the United States in which a parent tried to have a fertilized, frozen embryo taken to term against the wishes of an opposing parent. In eight of those cases, the parent seeking custody lost. In the other two cases, one in Pennsylvania and one in Illinois, a woman was awarded custody of fertilized embryos over the man’s objections. In both cases, the woman had undergone chemotherapy treatment and the embryos were her last chance to have a biological child; judges ruled that the woman’s interest in becoming a parent outweighed the man’s interest in not becoming a parent. In the Illinois case (now on appeal), the judge found that the form the couple signed was not the binding contract, and instead enforced a verbal promise the man made to help the woman have children.

So the law is a mess. In theory, you could agree to a written contract that anticipates all possible scenarios, and execute it in a state where such agreements are binding, but who can cope with that?

The pro-abortion feminists will argue that the woman should have 100% of the decision about what happens to an embryo, but her body is no longer involved, and the abortion arguments do not apply.

Loeb has his own oddball family background, and became anti-abortion from the religion of his nanny:


My father, whom l love, worked as a financier, philanthropist and diplomat. He was not around much, as work and travel left little time for parenting. It fell to my Irish Catholic nanny, Renee, to raise me. Although my father is Jewish and I was baptized Episcopalian, in my mother’s faith, I spent more time going to Catholic Mass with Renee as a child than being influenced by any other religion.

When I was in my 20s, I had a girlfriend who had an abortion, and the decision was entirely out of my hands. Ever since, I have dreamed about a boy at the age he would be now.

Here is her side:

The agreement signed by Vergara and Loeb in November 2013 when the embryos were created states that "no unilateral action can be taken with regard to the embryos unless both parties consent."

Furthermore, "Vergara has never suggested that she wished to have the embryos destroyed," the statement continues. "She has always maintained that they be kept frozen, a fact of which Loeb and his counsel have always been aware, despite Loeb's statements to the contrary."

What is unusual about this is the possible that a woman might have a child against her wishes. This happens to men all the time, but somehow this is very offensive when it happens to a woman.

Vergara has a new fiance, and says that she may want a baby with him. But she is probably too old by now.
Posted by George at 8:00 AM

So she doesn't want to pay child support after finding some guy with even more money or a bad reputation. Men have no such option.