Being a good psychopath 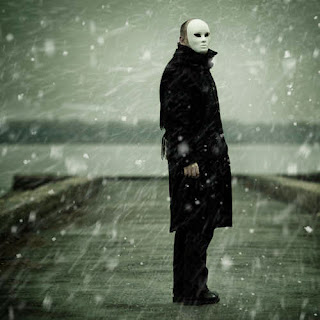 An NPR story cites a book on The Good Psychopath's Guide to Success:

"None of these characteristics are inherently bad in themselves," Kevin says. "When they become dysfunctional is when they are deployed inflexibly in the wrong contexts."

On the other hand, functional psychopaths — according to the book — are able to modulate their feelings to be more productive in business, in politics and in life.

It also gives a contrasting view:


"The words 'psychopath' and 'success' should never be in the same sentence," Lillian says. "Psychopaths are dangerous people, and to encourage someone to act like a psychopath is both irresponsible and dangerous."

She does not subscribe to the notion that we all have some psychopath within us. "You either are one or you are not one," she says. "And if you are a psychopath, you don't dial up the levels of the traits. ... It can't be done. Psychopaths don't pick and choose how ruthless or nonempathetic they will be. They are these traits, and it is not by degree."

You could get into family court, and a psychologist could decide that you have psychopath. But then will he think that you are a good psychopath or a bad psychopath? There is no consensus. It is just opinion that shrinks use to support their prejudices.

A Slate article says that we are all becoming narcissists:

we live in a culture suffused by low-grade narcissism. Our Instagram accounts, Facebook pages, Twitter feeds, and personal websites refract our lives into a colored light show for all to watch. We come home from building our professional brands, fire up the Netflix stream of reality television, and bop our heads along to “Feeling Myself” by Will.i.am. (“Look up in the mirror, the mirror look at me. The mirror be like baby you the [best], goddammit.”) As I’ve written before, a 2008 study by the researcher Jean Twenge found that college students score higher on the Narcissistic Personality Inventory now than they did in 1979 and that more of them consider themselves “above average.” ...

“We all have a tendency—greater or less—to be selfish, and I don’t see it as helpful to discuss ‘narcissism’ and ‘narcissists’ in diagnostic terms,” writes the psychologist Peter Kinderman in The Conversation. His problem with the mental illness label: It is inaccurate, a contrived category for a pervasive human impulse. Our shared penchant for narcissism plays out to greater or lesser degrees, he claims, and we should concentrate on how “we all, me included, can be self-centred, lacking in compassion, lacking in empathy.” ...

Doctors are pushing back on that sense of hopelessness and stigma. “One definition of illness is ‘something we treat,’ ” says Andrew Skodol, a psychiatry professor at the University of Arizona and a specialist in NPD. Yes, he continues, narcissism is treatable. Especially in conjunction with medication, psychotherapy can relax the grip of the disorder and nudge patients closer to the safe middle of the spectrum.

In fact, narcissism’s responsiveness to treatment may be the strongest argument for including it in the DSM.

So next time you see a selfish jerk, try to get a shrink to put him on drugs.
Posted by George at 8:00 AM

If you need hits let me know ill put you on my blogroll, i dont get many hits but i get more then 476 ... lol