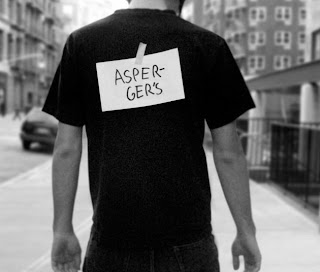 Ever wonder what it would be like to be reared by a psychology professor mom who takes the DSM-IV too seriously? She gives her own son a phony diagnosis and treats him like a misfit.
Benjamin Nugent wrutes in a NY Times op-ed:

For a brief, heady period in the history of autism spectrum diagnosis, in the late ’90s, I had Asperger syndrome.

There’s an educational video from that time, called “Understanding Asperger’s,” in which I appear. I am the affected 20-year-old in the wannabe-hipster vintage polo shirt talking about how keen his understanding of literature is and how misunderstood he was in fifth grade. The film was a research project directed by my mother, a psychology professor and Asperger specialist, and another expert in her department. It presents me as a young man living a full, meaningful life, despite his mental abnormality.

So she was a leading authority on Aspergers, and she was so convinced that her son was a typical specimen that she made a video showing him as having the symptoms of the disorder. But she was wrong:

As I came into my adult personality, it became clear to me and my mother that I didn’t have Asperger syndrome, and she apologized profusely for putting me in the video. For a long time, I sulked in her presence. I yelled at her sometimes, I am ashamed to report. And then I forgave her, after about seven years. Because my mother’s intentions were always noble. She wanted to educate parents and counselors about the disorder. She wanted to erase its stigma.

Psychology is in a sorry state. It is one academic area where someone can have advanced degrees, professional titles, and expert status, and yet badly misunderstand their subject matter. There are illiterate folks who understand human nature better than psychologists.

But my experience can’t be unique. Under the rules in place today, any nerd, any withdrawn, bookish kid, can have Asperger syndrome.

The definition should be narrowed. I don’t want a kid with mild autism to go untreated. But I don’t want a school psychologist to give a clumsy, lonely teenager a description of his mind that isn’t true.

What are school psychologists for, if not to misdiagnose teenagers? Bad as his experience was, he is still lucky that some quack like Judge Heather D. Morse did not order him on drugs or take his kids away.
Posted by George at 8:00 AM